iMovie and GarageBand Updated for iOS and OS X

As expected (and rumored from earlier last week), Apple has redesigned and updated the iMovie and GarageBand apps on both iOS and OS X. The new apps are compatible with 64-bit architectures (such as the iPhone 5s’s new 64-bit processor), and they also work with iCloud.

iMovie has a bunch of new features this time around, and it’s been redesigned so that it blends in well with iOS 7. The mobile app has a new user interface that allows full timeline controls, similar to what the desktop app provides you. You can change speed on videos and even do picture-in-picture on iOS devices. The changing speed setting is great for iPhone 5s who can record slo-mo video at 120 frames per second. 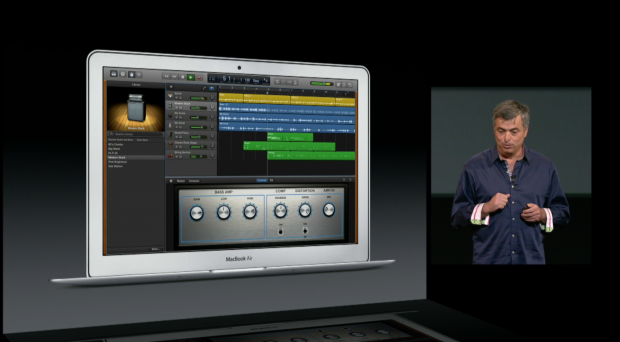 There’s also a new feature called iMovie Theater, which lets you watch all of your videos and play them from a central place. You can even beam these videos to your Apple TV, and since the app is compatible with iCloud, your videos will show up on all of your other Apple devices too.

As for GarageBand, it’s also getting an all-new design on iOS to make it blend in better with iOS 7. One the biggest new features is that the app can now handle up to 16 tracks on an iPhone or iPad. The Mac version has also been redesigned, and it includes a new smart drum track that lets you choose a drumming style and allows you to control how tame or loud the drums are. It’s certainly a great feature for those that want full control over the percussion in their songs. 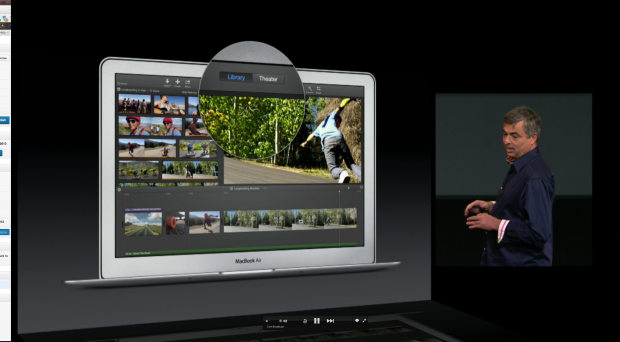 iMovie and GarageBand will come free on every new Mac and iOS device, and you’ll be able to make in-app purchases in GarageBand to obtain more drum tracks if the default ones just aren’t doing it for you. We’ve been hearing in the past the Apple would make these apps free with in-app purchases, and it seems those rumors are true.