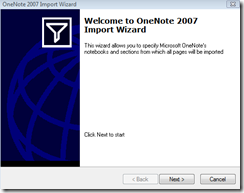 I just noticed Evernote‘s tweet letting everyone know about their new OneNote 2007 import wizard. I don’t know when this was added, but it will surely make all the Evernote switchers, like me,  happy. Now, all of my previous notes will exist in one program and be accessible via my Mac, PC, and my iPhone.

To get it started, go to Notes and OneNote 2007 Import Wizard. I’m running it tonight to see how well it works. 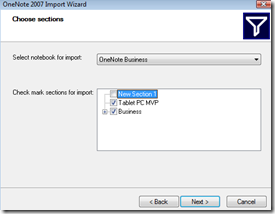 Imported document from OneNote. When Ink is present in the same note as text, Evernote treats it as one image 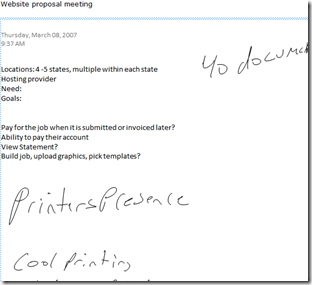