This is the week that will shape a lot of what’s to come in the mobile tech world. Apple will talk about a new iPhone (most of which we already seem to know about.) They may or may not talk about a new and smaller iPad. If they don’t talk about the latter, the conventional wisdom seems to think this will happen a few weeks down the road. I’m in that camp myself, but given the way rumors go these days (especially Apple rumors) who really knows. Either way, Apple and Amazon have lined up what they hope is a battle for control of the gadget media calendar, with Microsoft preferring to wait until just before Halloween to try and scare up news about its gadgets, Windows 8 and Windows Phone 8 stuff. There will be hardware everywhere and the battle of price points will ensue. We’ll know who wins this round come January after all the holiday sales are tallied. 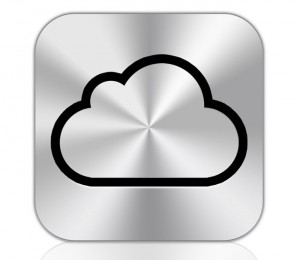 But while the focus will be on hardware and price points, there’s a nagging issue that I think Apple has to address. Notice I said, “I think.” That’s because there doesn’t seem to be much coverage about this nagging issue that I can find. So, what is it? Apple’s still very funky, sometimes wonky, and often just plain unusable iCloud. In essence Apple’s iCloud at times feels more like a foggy morning than it does a crisp, autumn blue sky dotted with fluffy white clouds.

Before I get to the complaints let me list one thing that seems to be working as advertised and as expected. That’s syncing documents between Apple devices with iCloud. As long as you have an App that has coded in iCloud functionality, in my experience this seems to work well. Here’s hoping that more App developers take advantage of this in the future. That said, I use this feature only on a few tasks, and still use Dropbox as my primary Cloud syncing tool, because it currently works with more Apps, and is cross platform. Apple might want us to live in its method of document syncing but, in my opinion, it is going to need to eventually figure out how to work more like its mobile device and ecosystem competitors (Google, Microsoft) and third party competitors.

Here are some of the things I believe Apple needs to address  sooner rather than later.

iTunes seems like it has been around longer than I have. And like me, it is showing its age with more than a few creaks and groans. Rumors are afloat that maybe we’ll see Apple finally retool this bloated signature App this fall and I’d be really happy if that occurs. I think some of the problems stem from trying to be too much. What started out as a jukebox now wants to be that for your local songs (assuming you still have some) and for the Cloud, as well as a multimedia store and local repository for your Apps, iBooks, etc… Apple might have hinted at where it wants to go with iTunes by breaking out a separate Podcasts App. That’s both a good and a bad thing. Good in the sense that it allows for a separate experience. Bad, in the sense that the App is still kludgy at best.

Apple’s iCloud portion of iTunes still needs some work, assuming you use iTunes as a local repository for your music. There’s not a day that goes by that Apple’s iTunes Match service doesn’t launch into its “let me scan your drive for music” mode and become a real hog. And this is on a couple of systems with lots of storage and lots of memory. I don’t care that it says you can still use iTunes while the scan is happening. If I do, things bog down to a crawl. I’m also plagued with the “Add this computer to iTunes Match” function that randomly reappears. When it does, it means somewhere, somehow, someone threw a switch to turn off the function. I know I haven’t.

While you can stream your music on iOS devices and other Apple devices allowing you to not load up smaller capacity devices with your music, I’ve been caught a couple of times when things have gone wonky. This kind of streaming is different than what you get from other systems that require you to upload your music or use a radio approach like Pandora. While it might seem that Apple’s system gives you that kind of streaming, it only does when things are working correctly. Sadly, in my experience that’s not always the case.

Anyway, if iTunes, as it appears to be, is the hub of Apple’s wheel in its connection to the Cloud, it needs to be replaced, and soon.

Assuming you still have an Apple desktop or laptop, iPhoto is just a mess as an App. First on my list of complaints is why Apple hasn’t unveiled some sort of photo storage in iCloud. All of its competitors have such a service. And don’t think that PhotoStream is that service. It’s not. For a company that seems to have so many good ideas, I find it more than odd that Apple can’t compete on this front.

And speaking of problems, there is PhotoStream. The Mountain Lion update and subsequent update to iPhoto seems to have cured the constant and random turning off of PhotoSteam on my MacBook, iMac, and Mac Mini. That’s all well and good. But with the exception of the Mac Mini, the other two devices are relatively new (2011 models) with more than ample memory and hard disk space. Even so, PhotoStream slows those beasts to a crawl when it is trying to update itself. In find it intriguing that this seems like an unobtrusive process on iOS devices, but on other Apple devices it feels like we’re back to the speed we used to get with serial cables.

I can’t tell you how many times I’ve turned off all Calendar syncing on my Apple devices in order to get things synced up correctly. It appears that’s the only way to do so, but even that doesn’t last. I say “it appears” because randomly, a calendar that I have turned off, will magically turn itself back on and starts reappearing. Perhaps I’m at fault for not deleting that calendar, but call me old fashioned, when I turn something off I expect it stay that way.

Sure I’ve used Google Calendar, but I prefer to have both Google and Apple calendars running and syncing with each other. Call me crazy, but I do. Call me crazier, but I think this should be a much simpler thing to do than it is.

WiFi Backup on iOS devices works great as an overnight feature to make sure you’re data is backed up to iCloud. Unfortunately, aased on my last iOS device purchase, (new iPad) this is a feature you don’t want to use to restore your Apps and Data to a new device, as it can take some time to do so. Instead, in the week prior to a new iOS device arriving, I turn off the WiFi backup feature, back the older device up to my MacBook Pro and restore from there. The process is a lot quicker. Especially if you temporarily delete some larger Apps (games especially) before doing the restore.

Put this two ways. Google’s Android method of restoring things to a new device seems much more sane than Apple’s. Secondarily, this defeats, at least in my mind, Apple’s attempts to get us to move our thinking (and our stuff) to the Cloud, rather than keeping our larger devices as the hub.

I gave up on WiFi syncing my devices long ago. Simply put, things wouldn’t sync over appropriately and this bit of unreliability left me frustrated. Note, that as of late, syncing things between my MacBook and iOS devices using the a USB cable has recently yielded some abnormalities as well, so I chalk this up to a structural flow within the whole iTunes/iCloud/iOS system.

Why is any of this important to me? Well, for one thing, I’d like things to work the way they are supposed to. Second, Apple is moving us to the Cloud whether we want to go there or not. The problems I’m seeing, and I’m sure others are as well, point up that Apple hasn’t quite figured out the Cloud thing yet. Sure, this may be a life on the bleeding edge issue, but I’m not all that comfortable seeing blood dripping from the Clouds above.

Perhaps we’ll see some changes after this week. Apple usually updates iTunes a few days before a new iOS rolls out. That said, if Apple only tries to improve things in its existing software I’ll be disappointed. I’m also leery of a big overhaul of iTunes as that could be fraught with all sorts of new complexities.

But the reality is that Apple will have to address some of these issues at some point if it wants to hold its edge.