In-flight Wi-Fi is about to get a lot slower. Yesterday, in-flight entertainment company Row 44 announced that they’re about to change the nature of in-flight entertainment. No longer will passengers on planes without personal entertainment screens in seatbacks have to bring their own videos if they want to avoid the selections provided by the airline. Now Wi-Fi enabled devices — laptops, tablets, smartphones, etc — will be able to stream Row 44 content. This will include movies and television shows from partnering studios Disney, Universal, Twentieth Century FOX, and Warner Bros plus a choice of live streaming channels from IPTV.

I like the concept because it allows airlines to offer personal entertainment options without having to upgrade planes and raise the price of tickets. However, I’m not sure it’ll be great in practice. In-flight Wi-Fi is prone to overload and slow connections if too many people use it at once. Plus, the way this Wi-Fi works, you may be sharing bandwidth not only with the other people on your flight, but people on other flights in the vicinity. 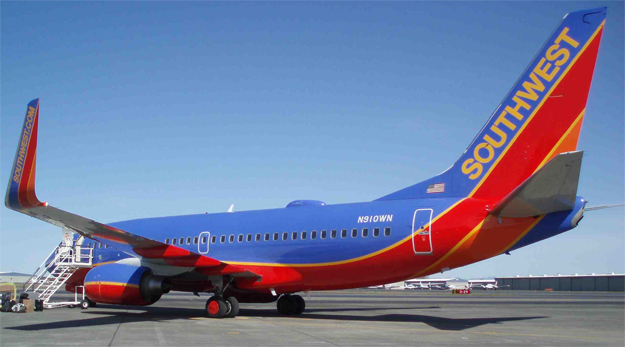 Just yesterday I tried to stream Netflix and YouTube on a Delta flight and encountered huge buffer times. Perhaps Row 44 will upgrade their broadband offerings or adjust the quality of the stream so as to deliver a good experience to passengers. But until I see the results, I’m remaining dubious.

So far there’s no indications of pricing, but my hope is that it won’t cost any more than the price of getting on your plane’s Wi-Fi. At least one airline is already on board for 2011. Southwest’s Chief Marketing Officer Dave Ridley said that the company is “very excited about unveiling this service later this year.”