Despite Sony’s claims that the current flagship Xperia Z is a waterproof phone, users are reporting that some units may suffer from poor build quality that compromises the device’s waterproof performance. The slim and attractively designed smartphone was initially debuted at the Consumer Electronics Show earlier this year showing off impressive specs, including a 13-megapixel camera sensor, along with a waterproof seal. The device isn’t considered to be a rugged phone, but could withstand a splash or two. However, it looks like the waterproof seals may not be tough enough to handle normal use.

According to the latest report published on the Xperia Blog, it looks like the glue that holds the back panel together may separate under heavy heat, which could be caused either through prolonged use resulting in the processor being taxed. The heat would melt the glue and could cause the back panel to slightly separate from the rest of the phone’s body, allowing water to permeate inside the phone. 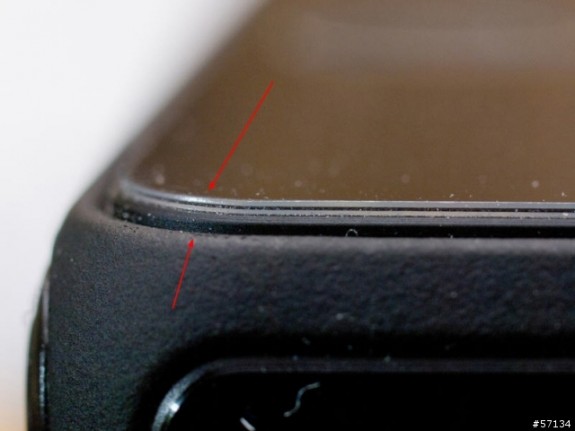 Additionally, it looks like even if the issue is caused by this “manufacturing defect,” Sony’s repair center isn’t honoring the warranty as there is no way in telling if the water damage is caused by the glue separating or by user abuse by neglecting to properly affix all the flaps that seals the ports of the phones.

Some owners are attempting DIY fixes at home by using a hot gun or hair dryer to melt the glue and clamp down the back panel in place. Others are applying epoxy or glue externally surrounding the edges of the cover, which sounds like a more secure, albeit less aesthetically pleasing, fix.

Water defects have been a big topic in the news lately. Apple is now paying out a lawsuit where the company had previously denied iPhone warranty service due to the phone’s liquid indicator showing a positive reading. In that case, iPhone users had argued that the indicator was too sensitive and could have been activated in a hot or humid setting.

Another waterproof smartphone, AT&T’s Samsung Galaxy S4 Active, was also under fire for its waterproof claims. Some owners of the Active handset claimed that the phone did not survive being submersed under water. New reports are surfacing that AT&T is trying to gain some goodwill out of the situation by allowing Active phones with water damage a one-time exchange for the same model.

At this time, consumers with a water-prone lifestyle should avoid stressing these devices under heavy water usage despite claims of waterproof abilities. These phones may be more than capable of handling a spilled cup of coffee, but may not be designed for more active lifestyles despite their marketing claims or name may suggest.