In the old days we carried a pocket knife. Then later multi-tools became popular. Now IN1case hopes the iPhone case will replace both of them with their IN1case Multi-tool Utility Case. It houses all the tools in a nice case with a kickstand that fits both the iPhone 5 and iPhone 5s.

This black slider case adds an extra layer of protection on the back of a black polyurethane hard case that holds 8 tools and a kickstand. 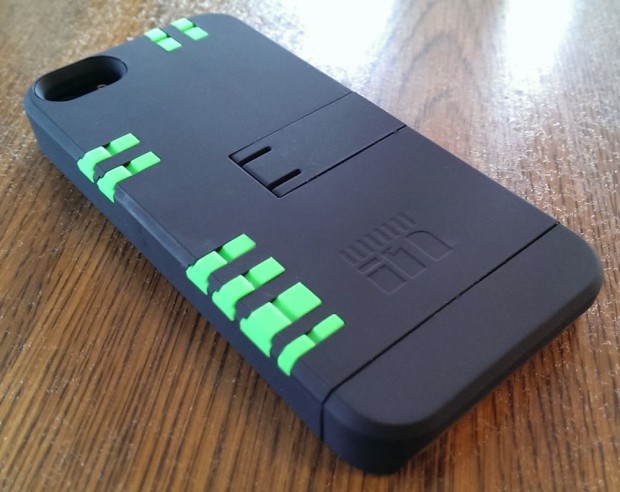 Like all other iPhone cases, we get spaces and cutouts to reach the buttons and ports. The case made it hard to put the iPhone on an iHome dock with Lightning connector.

The kickstand holds the iPhone at the perfect viewing angle (about 45 degrees) for watching Netflix or Hulu. 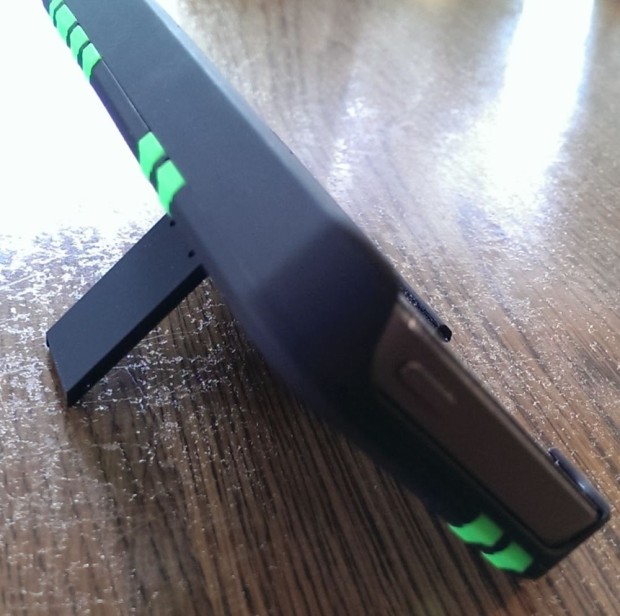 Along the top edge of the back of the IN1case Multi-tool Utility Case we get a pair of pens, one red and one blue. Writing takes some finesse since the pens measure only a few inches long with a minuscule diameter that makes them hard to hold. The company doesn’t offer a beautiful Cross pen, but a pen ready to scribble a short note or sign a check.

On the right side looking at the front of the iPhone, we get six more tools. A flat head screwdriver and a Philips head screwdriver sit closest to the top. They’re so small, a user can’t get much torque, but it will let the user tighten things like a screw in a pair of glasses. 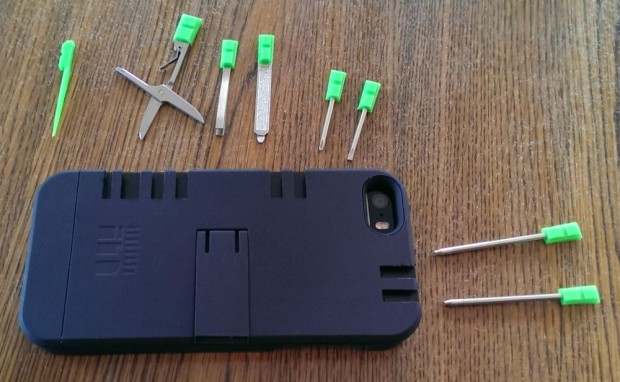 Closest to the bottom we get four more tools, a nail file, tweezers, scissors and a toothpick.
None of these tools will impress anyone. They’re for those times when we’re desperate and don’t have anything else better to use. The scissors barely cut and the nail file might file down a cheese stick, but nothing harder. The tweezers and the toothpick function okay, but do you really want to pick your teeth with something stored in an iPhone case silo?

The thick back of the IN1case will do a good job of protecting an iPhone 5 or 5s. The case comes in two pieces and it slides onto the phone tightly so it won’t fall off. The two parts won’t come apart easily, which is a good thing. The tight fit caused a problem when I slid it onto the iPhone with a glass screen protector from Spigen. As the image below shows it broke the glass protector. That says more about the terrible Spigen protector than it does about the case. 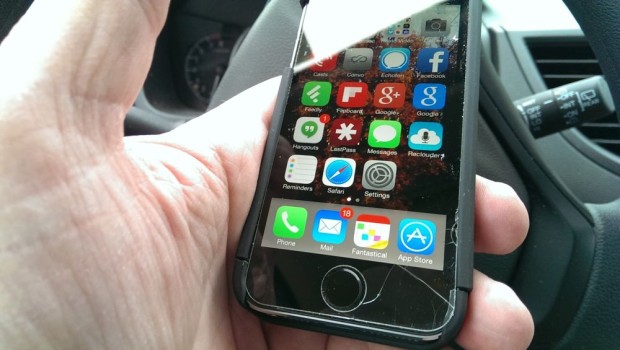 Despite these complaints, I like the case. It looks good, feels good in the hand and protects well. None of these tools will replace my toolbox for big jobs, but neither will a pocket knife or most small multi-tools. The tools will help when the user gets desperate to open a box with the scissors or fix her glasses with the screwdriver.

The $44.95 price makes this case bout $15 more than a simple slider case without any of the tools. Its worth $15 to get a case with the tools and a kickstand, possibly the most useful feature.