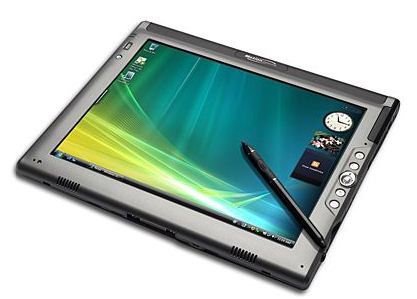 Ina Fried of CNET, who’s been following the Tablet PC and UMPC scene for years, has posted her take on “How Microsoft foresaw–and still missed–the iPad.” Worth a read if only for a refresher on the situation. She’s spot-on in describing the business side of the problems, but I don’t think she quite hits the root of the technical problem.

She points to Microsoft’s Origami concept being too far ahead of the hardware technology and how the work that went into Vista (then known as Longhorn) came at the expense of other projects. She also notes the unwieldy power requirements of running the desktop version of Windows on what’s supposed to a mobile device. All good points, but to me, the problem has always been the interface.

I appreciate all they’ve done with gestures and ink, but those options still sit on top of an interface designed for mouse and keyboard. Even if it were possible to run Windows 7 on a tablet with the same responsiveness and battery life as an iPad, that interface designed for cursor control would still be there. ritePen has been great in helping me be as pen-centric as possible, but it’s still just a fix on top of a not-so-friendly interface.

Another problem she skips is that prior to Vista, Tablet PC was a separate version of Windows XP. It was just XP with added functionality, but had they stuck with that path, Microsoft could have incorporated a lot more tablet-specific functionality than was possible by folding it into Vista. A lot of tablet-specific stuff got hidden away in subfolders during the fold, and I suspect the ending of a tablet-specific OS subtly but strongly affected the market in a negative way.

Ina ends her post by asking if Microsoft will continue to pursue tablets from a software-only stance or build their own device. I don’t think that matters. Either way, they need to break away from that desktop-based interface and give us something designed specifically for tablets.