The Incipio LGND is a hardshell case that gives decent protection to the device while also incorporating a tablet like folio design.

The LGND iPhone 5 case includes a front flap that covers the iPhone 5 display, but it doesn’t hide credit cards, instead it keeps the screen safe and acts as a kickstand.

I like the lightweight and strong construction, and secure fit to the iPhone 5 and good access to the camera and buttons on this iPhone 5 case. 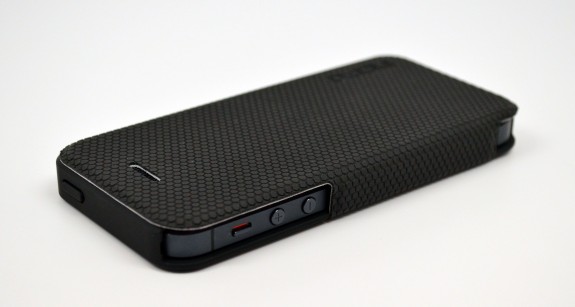 The case is Obsidian Black for the main body and the folio section is a black of similar color with a textured pattern to it. The Incipio LGND offers easy access to the volume, mute, and lock buttons as shown in the image above.

The case also features adequate openings for the Lightning connector and most headphones. The hardcase bottom is not flexible like some other cases. The back of the case includes a large opening for the camera and flash. 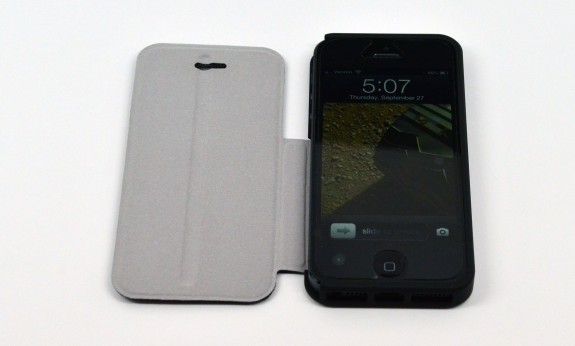 The flap is functional, but it can get in the way while using the iPhone. I enjoy that the flap’s features, but it makes one-handed use of the iPhone awkward. On several occasions I’ve almost dropped the phone because the flap was half open. 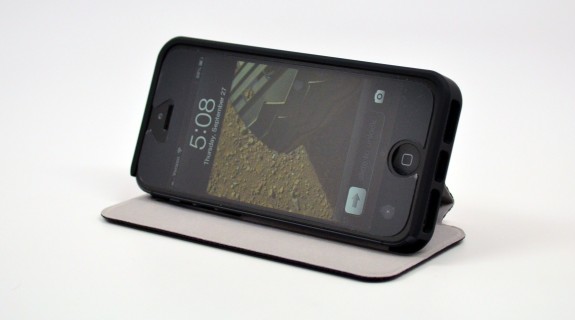 The kickstand feature works well. Watching video in this orientation is comfortable, and it is fairly sturdy.

My favorite feature of this case is when the front flap is covering the screen. Although it may seem obtrusive, if talking on the phone is a common task on your iPhone it’s a nice benefit.

The flap has a cutout for the earpiece so that taking phone calls with the flap over the screen is possible. The front flap protects the screen from scratches, and it also keeps it clean from oil that ends up smeared all over after a phone call. 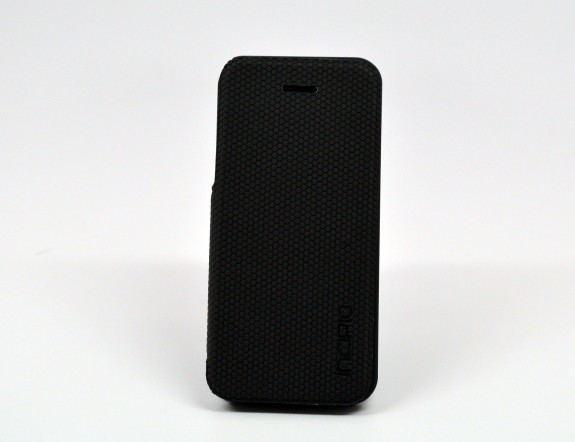 Another area that this case excels in is quality construction yet also being lightweight. I hate bulky and heavy cases especially for a light phone like the the iPhone 5. The LGND adds very little additional weight to the phone and it clips on solidly to the iPhone. It’s fairly easy to take the phone out if necessary.

I wish the case offered way to easily fold back the flap when not in use. Although it can be tucked behind the device while in use it feels unnatural, almost like it is going to snap off. Also, the front flap is not secured in any manner so it can freely come open.This is nice for easy access but a pain for storing in pockets as coins or keys can get between the case and the iPhone 5 display.

The front flap style case isn’t for everyone. Users looking to keep the screen protected, even during phone calls, that also want a kickstand will appreciate this case. For other users, the flap may be more trouble than it’s worth. 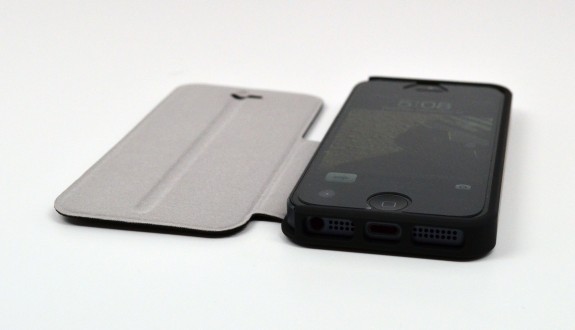 The Incipio LGND iPhone 5 case retails for $34.95 from Incipio and at Verizon, Sprint and AT&T.