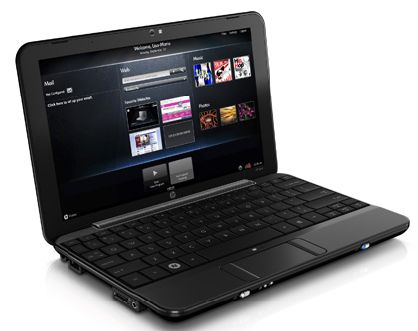 I’ve been spending more time with HP’s Mini 1000 Mi Edition since yesterday and will offer up some video in the next day or so to go over the Mi Edition and explain in more detail some of the issues I’m experiencing. Until then, here are some initial impressions:

I love the Mini 1000 and think it is one of the nicest netbooks on the market, but I have not found a scenario yet where I would recommend the Mi Edition over say the Windows XP version or the beta version of Windows 7.   With installation of programs and the USB modem issue and general lag, my hands are feeling more handcuffed than free. However, it has only been one day and I’m not giving up. I still plan on giving Mi Edition a fair shake, but so far I’m not overly impressed with the mobile experience in the Mi Edition.   We’ll see how long I go before putting Windows 7 back on.