The lack of an active digitizer for inking on the iPad has everyone (okay, maybe primarily me) down. The folks at Evernote aren’t letting that stop them from adding it to a future version of their iPad app, which is already live and ready for download in universal iPhone/iPad format. 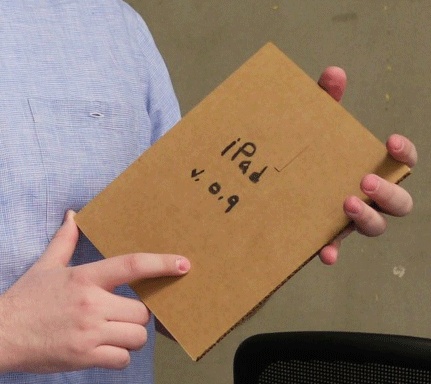 The Evernote Blogcast offers an in-depth look at the thought process that went into making their iPad app, including its humble beginnings with a cardboard mock-up. Note viewing on the iPad looks very slick. I especially like the new map view for searching by location, which I use quite frequently. The hot news for me though is this tidbit about the future.

What’s not in the new version (yet)?

There are a bunch of things that we wanted to get into this version but couldn’t. These will be coming soon:

We think that making a quick sketch or jotting down a phone number with your finger will be a great experience on the iPad, but we didn’t want to try to put in this functionality until we’d actually spent some quality time with the hardware. Handwriting is just too much of a tactile-based experience to develop purely on a simulator.

Sounds eminently logical to me, especially given the sensitivity of the iPad touchscreen. Given their experience with inking and handwriting recognition, I expect great things from this.