Insane Xbox One Deal: Save $100 Today

A limited time Xbox One deal offers $100 in savings on Xbox One bundles and the Elite Xbox One — dropping the price as low as $249 after you factor in savings and a gift card.

The December Xbox One deal is only available at Best Buy and only until 3 PM Central/4PM Eastern, so if you want this deal you need to act fast.

There are six Xbox One deals to choose from, all with $50 in savings and a $50 gift card included with the purchase. You cannot use the gift card on this purchase, but it is a great way to buy another game or controller to round out this gift to yourself or someone you love. 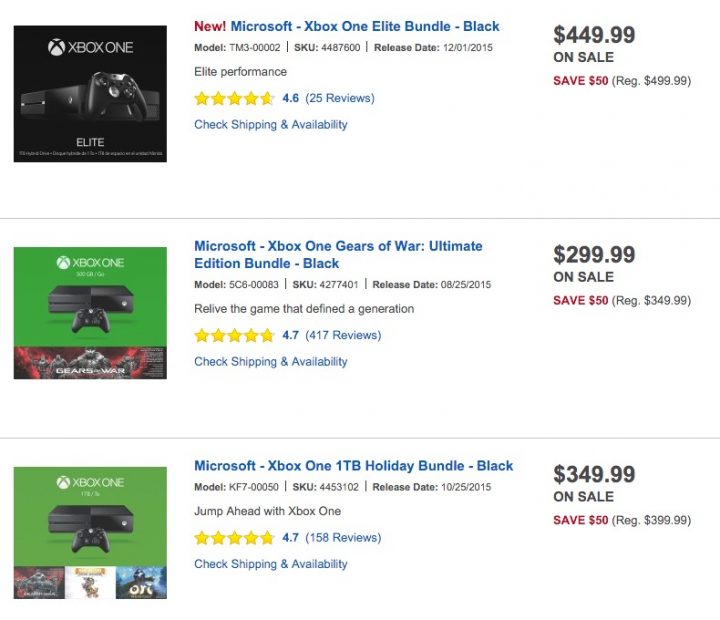 Save big with a limited time Xbox One deal at Best Buy.

The Best Buy Flash sale with the Xbox One deals includes prices from $299 to $449 before the gift card and $249 to $399 with the gift card savings factored in. This is online only, but in store pickup is possible for the console.

Here are the options you can choose with this Xbox One deal that could help you finish your holiday shopping in a few clicks. 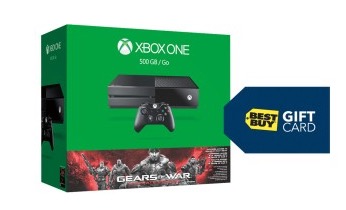 To get this deal go to Best Buy’s flash sale and choose the Xbox One deal that you want and add the $50 gift card t your cart as well.

The Best Buy gift card bonus may ship separately from your Xbox One. The retailer offers free two-day shipping or you can do in store pickup for the console if you need it faster.

Gamers can play new Xbox One games on the device, and recent updates enabled the device to play some Xbox 360 games, so you may already have a library of games to play on the new console sitting at home.

Here are nine reasons that it is time to upgrade to Xbox One in 2015, which can give you a better idea of what you get with this upgrade.