While Facebook’s earnings call didn’t fully detail the company’s plans for its core social networking business, CEO Mark Zuckerberg did make one thing clear. Its Instagram social network subsidiary will need to hold its own profit-wise, and it’s likely it’ll do so by adding advertisements.

According to Zuckerberg, Instagram founder Kevin Synctrom had always made it clear to users that Instagram would turn the photo sharing social network into a business at some point saying, “Kevin has always been clear that we’re building Instagram to be a business. “

Zuckerberg then provided more insight into how the company would monetize Instagram saying “We expect over time to generate a lot of profit from it. We think the right focus for now is to continue increasing the footprint of Instagram, and when the right time comes, we’ll think about advertising.” 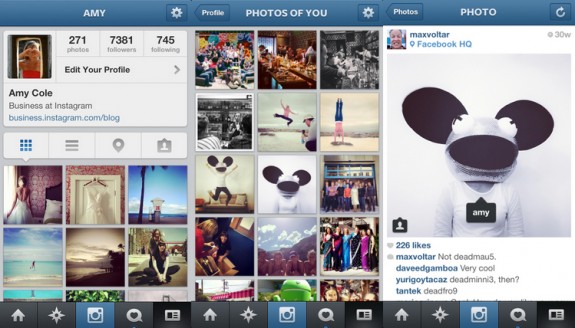 That last bit is key since it’s unlikely that Instagram would be able to charge users any sort of membership fee for using the service. Instead the company would almost certainly need to push advertisements in some way.

Instagram would hardly be the first social network to generate revenue by acting as a platform for advertisers. Both Twitter and Facebook allow companies and people to push causes and products to users on their services. For Facebook, the results have been mostly good. As Facebook is the world’s biggest social network by far, it hasn’t seen a huge drop in users because rival social networks simply haven’t reached the usage that it has.

Adding advertisements to Twitter, hasn’t worked out nearly as well. Twitter launched its advertising products after having cultivated a large amount of third-party developers to create an ecosystem for it. As many of the developers provided the backbone for Twitter to grow, users have become increasingly alienated by the company’s move to buy up, and limit the applications that connect to the service.  Twitter does this so that it can integrate advertisements into each application’s user interface. So far user sentiment has been mostly negative, however Twitter too, is large enough were most of these users won’t defect since most of their friends use Twitter as well.

The same can’t be said for Instagram. It’s photo uploading, filters and video sharing features have already been duplicated by Twitter with its Vine application and Twitter photo services. If users see the move as harmful to their experience, they could turn to the relatively established Vine for refuge.