I’ve installed the Office 2010 Technical Preview and OneNote 2010 is now upgrading my notes. I, and other members of the team will be reporting our findings in the next few days. 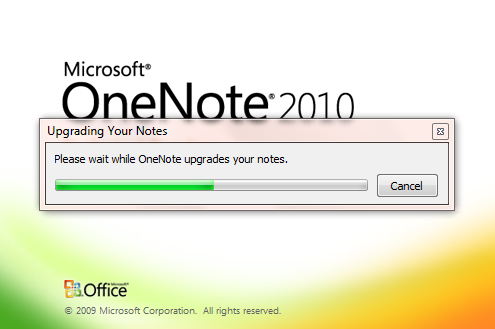