One of the biggest complaints about jailbreaking is the contingent of jailbreakers who use the jailbreak to pirate apps with Installous and Installous alternatives.

The other group of jailbreakers are excited for the evasi0n jailbreak so that they can pirate apps that they would otherwise need to pay for in the official app store. 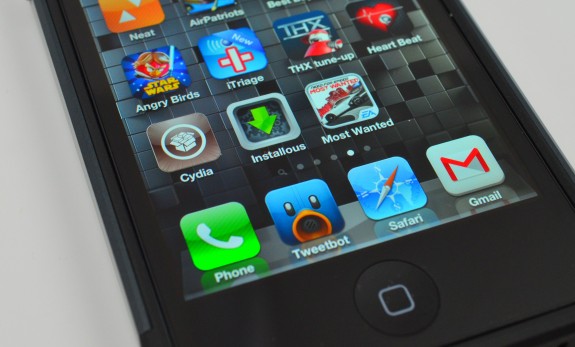 Installous is dead, but piracy isn’t.

Installous was the go to tool for app pirates who used a jailbreak to allow the iPhone or iPad to install apps not from the app store, but when Hackulous closed, and took Installous with it, at the end of 2012 many though piracy would not be as big of a problem for the next jailbreak.

As it turns out, there is still a huge demand for pirating apps, as evidenced by numerous Tweets looking forward to using Installous or discussing Installous alternatives.

Thinking about jailbreaking my phone just to get installous lol. Need that full minecraft!

i am really depressed there is no installous #OMG #evasi0n

So since Installous shut down, is there another place to get apps with this new #evasi0n jailbreak or just the tweaks!?

so now that installous’ gone…whats the or what will be the new iOS 6 supported cracked apps store?

Several users are already asking evad3rs team members MuscleNerd and pod2g about Installous alternatives. Pod2g is vocal in his disapproval of piracy and MuscleNerd has previously asked users not to promote piracy.

@pod2g was wondering is there anything like Installous where you can get apps? On #evasi0n — Kayla M.(@SugareeK) February 4, 2013

The death of Installous is not stop app piracy on the iPhone and iPad, as Installous alternatives are already available for users who choose to jailbreak with evasi0n or even for users who are not jailbroken. Planetbeing recently posted his thoughts on piracy on Reddit, stating that he is against it and has thought about working in code to prevent it, and explains why it hasn’t happened.

Anyway, I’d love to stop piracy. I’ve even seriously thought about putting something like an anti-debugging trick into the jailbreak, as much as to show Apple how easily they could stop it for App Store piracy on jailbroken devices. But then it’d be a lot of work, end up in an arms race, and I’m sure there will be little gratitude but instead people on Twitter howling about some imagined hypocrisy. It’d just not be very fun

Many iOS 6.1 jailbreak users share the same feelings as the developers, speaking out against piracy, and talk of pirated apps is banned on the Jailbreak sub-Reddit.

iOS 6.X Jailbreak is 99% completed..Means that it’s matter of uploading files only 😄The best thing is no installous..#evasi0n #evad3rs

It may be time for developers to bring back the Piracy Wall of Shame.