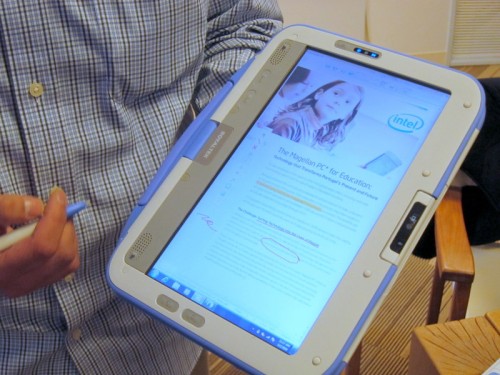 Intel’s Kapil Wadhera was kind enough to get on camera and walk me through the second generation convertible  Classmate PC. There are some significant improvements that will hopefully move more schools away from the clamshell Classmate PC and towards the convertible.  Having the inking and touch capabilities in the classroom makes a heck of a lot of sense.

According to Intel, approximately two million Classmate PCs have been distributed to schools and students worldwide so far. About 500,000 of the devices are being used in Portugal, with every student in the first through fourth grades have one. Portuguese parents pay 0%, 20% or 50% of the cost of the Classmate PC depending on their income, with the government picking up the rest of the tab.

GBM InkShows are sponsored by MobileDemand, a company that builds Rugged Tablet PCs.

Admittedly, the vast majority of Classmate PCs in circulation are of the clamshell variety. The convertible Classmate PC that was introduced in 2009 had a few limitations that kept some from opting for it. The screen (8.9″) and keyboard were too small, making classmate PCs difficult for older children to use. Schools also complained that it wasn’t as rugged as needed. 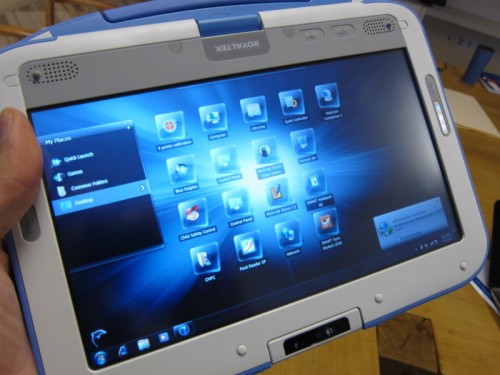 The new convertible classmate PC has a 10.1″ resistive touch display.  The display has a slight texture to it, which makes inking feel a little more natural. The texture is designed to emulate paper- it makes noise and slows down inking so that letters are the same size as what students’ are used to writing with pen and paper.The keyboard is now larger and should be fine for middle-school students. 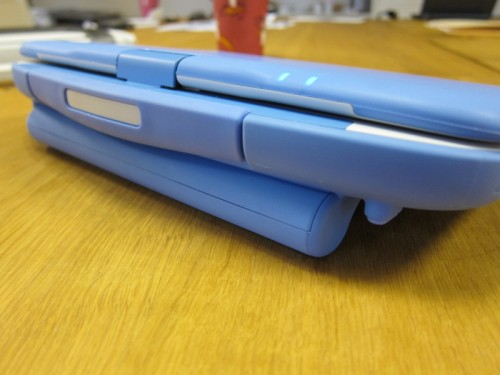 The new convertible classmate PC will ship with Intel’s latest atom processors. They can be configured with a six-cell battery that can keep it running for up to 8.5 hours on a single charge. The standard display has a resolution of 1024 x 600, the optional high-resolution display comes in at 1368 x 768. The exact specs will vary depending on what vendors and schools determine to be the best fit for local students.

The clamshell classmate PC costs between $200 and $400 depending on configuration and where it’s built. The convertible tablet is approximately $30 more expensive than the standard version. That might not sound like a lot, but it can really add up if you’re buying hundreds of thousands of them at a time. Of course, a computer’s sticker price is only one component of what it costs to set up a school district (or entire country) with computers.

I spoke with Jeff Galinovsky, Intel’s regional manager for classmate PC, by phone.

According to Galiovsky, school IT departments need to repair far fewer classmate PCs than the consumer netbooks and laptops they previously distributed to students. He attributes much of this to the rugged classmate PC’s rugged exterior.

When I was a child I’d get in big trouble when I used page margins to take notes. With this device, students will be encouraged to mark up their eBooks. The classmate PC reader software supports both PDF and ePub formats.

One really cool thing that’s happening with classmate PCs is that some students view the device as a tool rather than a toy. A lot of kids only use their PCs to play video games, watch videos or chat with friends. But the folks from Intel cited several cases of children are using their classmate PCs as a tool to improve their lives and parents’ businesses. In the U.S. it’s not common for a child to have his/her own PC, but in many countries it’s relatively rare to have a computer at home. One girl in India is apparently using a classmate PC to help her parents grow and sell their crops more effectively.

The second generation classmate PCs will begin shipping within the next couple of months. Most units will be sold directly to educators, but you can pick up one for your child via one of Intel’s partners. For more info visit ClassmatePC.com.