Today at CES 2013, Intel announced that it is bringing a new quad-core Atom processor codenamed “Bay Trail” to future Windows 8 tablets and convertibles.

The new quad-core 22nm Atom processor is smaller and more powerful than the current Atom chips companies like Lenovo use in their Windows 8 Pro tablets. Manufacturers can create tablets with the new Atom processors that are as thin as 8mm, which is just 1mm thicker than the iPhone 5 and other high-end smartphones. 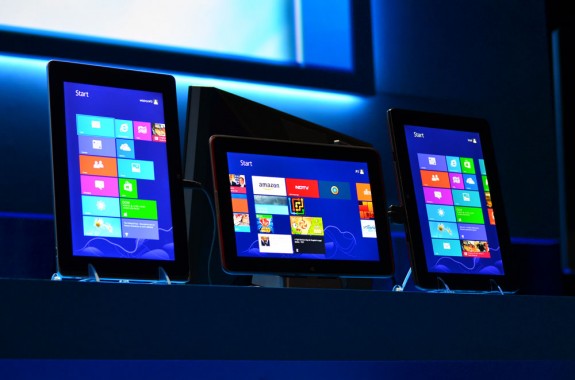 Intel claims those super thin tablets will have all day battery life and standby time measured in weeks. The Atom processor will also make those tablets twice as fast and twice as powerful as current tablets with Atom processors.

Tablets with the new Bay Trail Atom processors will come to market in time for holiday 2013 from a number of manufacturers including Acer, Asus, Dell, Fujitsu, HP, Lenovo, LG and Samsung. None of those companies have announced devices running the chips yet, but those announcements will likely come sometime later this year.

Windows 8 tablets using the new Atom processors won’t perform as well as convertibles with Core i processors, but they will still run Windows 8 apps as well as legacy apps from Windows 7 and previous versions.