Intel to Distance Itself From Netbooks, Dumps Atom Brand on Laptops, Convertible

In a bid to distance itself from the failed netbook computing form factor, Intel will not be using its Atom brand in upcoming laptops and convertible devices. However, Atom will continue to exist in standalone tablets.

“When Intel speaks to customers internally about micro-architectures, Atom is out, Silvermont is in,” the world’s largest chip-maker told CNET. 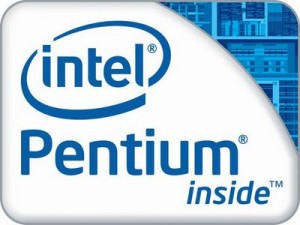 “[Atom] Bay Trail is based on the Silvermont architecture, which Intel claims will be up to three times faster and five times more power efficient than older Atom cores,” reports PC Mag.

The chipmaker says that Silvermont now offers performance akin to those of Celeron and Pentium chips. The company had previously disclosed that performance of Atom chips are getting close to that of a 2010 MacBook Air.

And Silvermont will be making their way into Android and Windows 8.1 devices as well, including form factors such as notebooks and laptops, convertibles and detachables, all-in-one PCs, and desktops. Absent from that list is the pure tablet form factor, which may continue to use the Atom brand. The Pentium and Celeron branding will also be beneficial as they’re more recognizable from a PC perspective.

Part of the reason why Intel and Microsoft may want to use the Atom brand on tablets is to distinguish the features that are present on higher-end tablets running Intel’s latest Core processors from the slightly more limited specs that Atom tablets contain. Microsoft currently limits RAM, storage, and screen resolution on Atom-powered machines while allowing hardware partners to add more to systems running on the current Ivy Bridge third generation Core series tablets.

The company didn’t discuss smartphones as part of that strategy. Likely, phones will follow tablets and use the Atom branding as well.

Regardless of the branding, consumers will be big winners as a result of this change. Silvermont will offer a lot of power in a more affordable package.