Intel just announced and released a new concept / innovation platform codenamed the UrbanMax. A slate styled convertible laptop, this is a very unique concept. It reminds me in some ways of the HP TC1100 (of blessed memory…) with its sliding keyboard and tilting screen, although it is much more powerful than the TC1100 was even in its heyday. The concept that I saw included a resistive touch screen, but as manufacturers take the design and productize it, I’m hoping for a dual mode capacitive touch and active digitizer. That would be amazing. But the pictures speak for themselves…  More info after the showcase tonight when I can talk to the product manager. 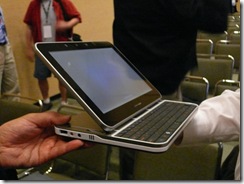 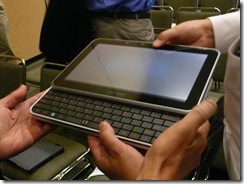 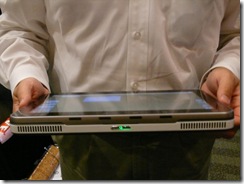 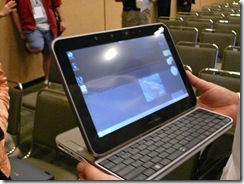 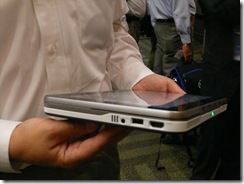 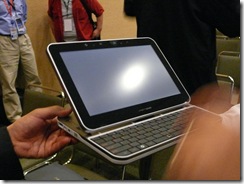