So, Amazon released a new product scanning device called Flow. You know the idea. You point it at a product or a bar code the camera does a scan or snaps a photo and you get competitive prices back. There are quite a few of these Apps out there for both iOS and Android. Flow is iOS only at the moment but I’m sure that will change.

So, I thought I’d check out Flow. I took a bottle of green tea which is what I usually test these Apps out with. I pointed the camera at the bar code and voila. I got back a shopping comparison for an ultra-sound device. I figured the Green Tea wasn’t in Amazon’s database, or it was something other issue, but four different scans yielded the same result. 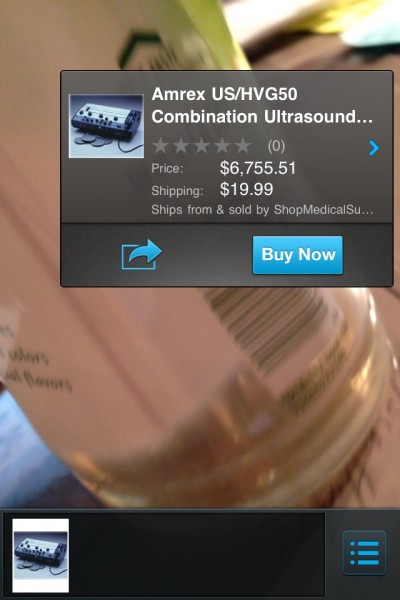 So, given that I have a few other scanning Apps on the iPhone I figured I’d check those out as well. Red Laser yielded this result. 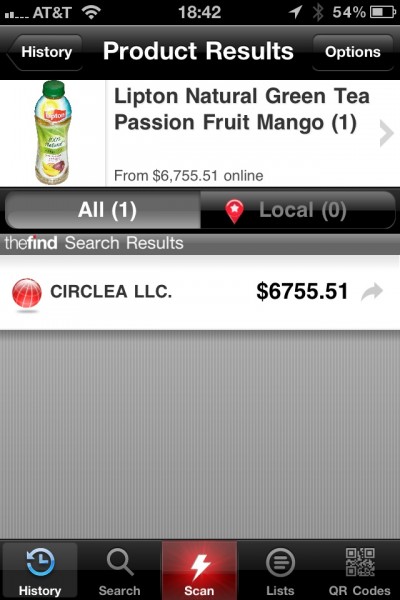 The result was for, yep you guessed it an ultra-sound device. ShopSavvy yielded the following: 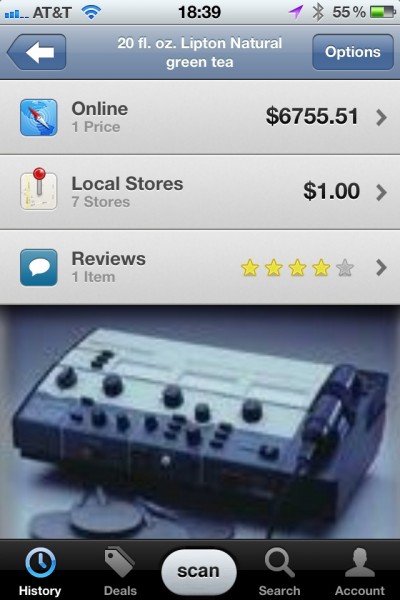 Well, at least this App brought up a local option for the green tea. I’m guessing there’s something wrong with the bar code on either the ultra-sound device or the green tea. But I found it both amusing and fascinating.