Nippon Electronics unveiled a new glass screen called Invisible Glass that will dramatically reduce reflection and glare when viewed under light. The product’s name shouldn’t be confused with a glass cleaner also by the same name.

According to the company, the new Invisible Glass displays will have a new anti-reflective film that coats both sides of the glass surface that adds a few nanometers to the thickness of the display panel. After the coating is applied, the reflection is reduced to only 0.5% of light, versus 8% on traditional glass. 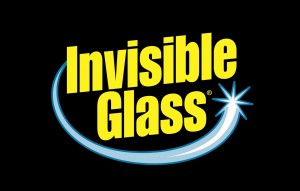 Logo and branding for the similarly named glass cleaner

The company did not release a timeline nor pricing for the new glass. The glass can be used in a variety of applications, and can make mobile electronics with a touchscreen display even more usable outdoors under direct sunlight. Anything from in-dash GPS, smartphones, tablets, laptops, and TVs can be coated to improve their performance when viewed in a bright environment.

One of the selling point that Amazon used to attack the iPad when the tablet initial launched is that e-ink displays are less reflective and easier to read under bright sunlight. While Invisible Glass will definitely help the iPad and similar touchscreen tablets with large glass screens perform well outdoors, those display will probably also need to be brighter as well to not get washed out under bright sunlight.

Notebook and Windows tablet PC makers have in years past experimented with sunlight-readable displays that are both brighter and less reflective.