There is more good news about for mobile device owners, this time for those who own an iPhone 4 on AT&T, an iPhone 3GS, iPad 2, iPad, or iPod touch 3rd generation or higher. Just a couple of weeks after Apple released iOS 4.3 for iDevices, iOS 4.3.1 has been released. 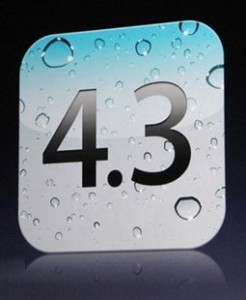 The update isn’t an extensive one, rather, it’s firmware that brings a bunch of bug fixes along with it including:

• Resolves bugs related to activating and connecting to some cellular networks

• Resolves an issue authenticating with some enterprise web services

As you can see, nothing substantial, but certainly an update that will be welcomed by those affected by these issues.

To update you need to plug into your computer and open iTunes. You can check out Notebooks.com for a guide to updating to iOS 4.3, which will work for iOS 4.3.1 as well.