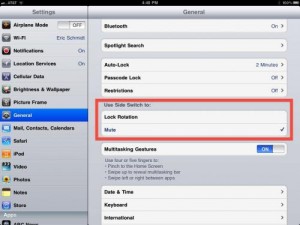 The developer beta of iOS 4.3 will bring a number of new features to the iPad, iPhone, and Apple TV.

On the Apple iPad tablet, the new version of iOS will allow users to swipe with four or five fingers to access important commands that were previously limited to the multi-function press of the home button. With iOS 4.3, users can swipe up to reveal the multi-tasking tray, pinch to reveal the home screen, and swipe left or right to switch between open apps, according to a video posted on Gizmodo.

Moreover, with the new update, iPad tablet owners will also be able to better manage the lock rotation switch. When the tablet debuted, Apple made the hardware switch by the volume controls to be used to lock the screen rotation and prevent the accelerometer from automatically rotating the screen. However, with the latest iOS 4.2 update, which brings multi-tasking and a number of attractive new features to the iPad, the switch was used as a mute switch and the lock rotation was instead controlled by software, upseting a number of iPad users. With iOS 4.3, Apple will instead be giving users the option of using the hardware toggle switch to control either function, which will be accessible in the settings menu according to a report from Mac Rumors.

Update: My tipster who sent in the Apple TV app info, listed below, jumped the gun. That information is incorrect and is retracted.

On the Apple TV, iOS 4.3 will also support apps. With apps, Apple TV will be able to not only compete with single-purpose set-top boxes like Roku for Netflix, but against popular home gaming consoles. Utilizing the same single-core gigahertz ARM-based Apple A4 chip, Apple TV’s app support can pave way to competition against Sony and Microsoft with their PlayStation and Xbox living room console. As developers are able to port their iPhone and iPad games to Apple TV, and utilize iOS devices as gaming controllers, we’ll begin to see Apple TV’s functionality and utility being more fully exploited. The $99 set-top box along with the realtively inexpensive app ecosystem afforded by the iTunes App Store may lead to strong adoption as both the hardware and game titles would be cheaper than rival platforms for casual game play. 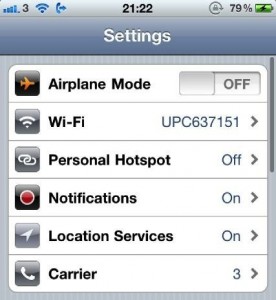 Additionally, iOS 4.3 will also bring the WiFi hotspot tethering feature that will be debuting on the Verizon version of the iPhone. With this function enabled, iPhone users will be able to finally tether their iPads using their iPhone’s mobile broadband connection.

Thus far, iOS 4.3 is only released to iOS developers.