Apple has started rolling out iOS 5.1.1 to the iPhone, iPad and iPod Touch.

The software update is an over the air update, focused on bug fixes and does not appear to add any new features to the iPhone and iPad.

Owners waiting for an iPhone 4S iOS 5.1 jailbreak should avoid this update until further notice. 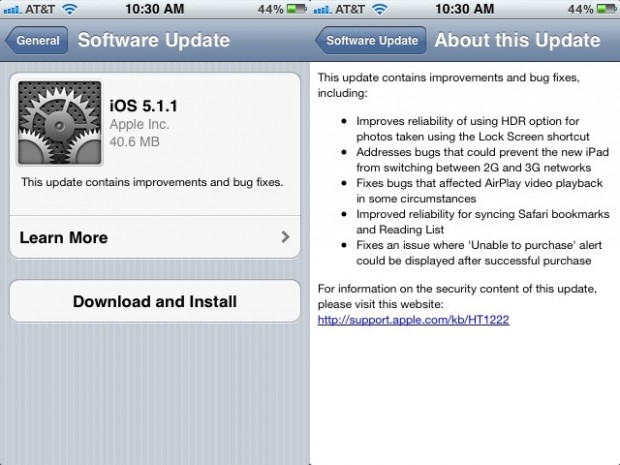 iOS 5.1.1 includes a number of bug fixes, and likely security patches. The link for more information does not offer any more details about iOS 5.1.1 yet, but covers security updates to Apple products.

For more information on the iOS 5.1.1 update visit https://support.apple.com/kb/HT1222. 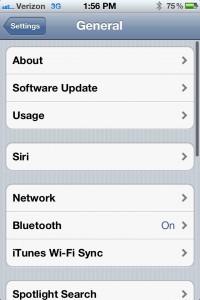 For users already on iOS 5.1.1 the update is a simple process that can be done on the iPhone, iPad or iPod Touch. The file size is 40-54.5MB, and requires a WiFi network to download.

If possible, plugin to conserve battery life, but the update can be downloaded and installed without plugging in if the battery is sufficiently charged.

If iOS 5.1.1 is not available, don’t worry. Apple staggers the release to prevent a server overload. Try again in an hour or so. This update is not worth attempting to download manually unless it fails on the device.