iOS 5.1 BETA is on the streets for developers!

It looks like Apple is trying to get this one out there quick. Today, they have released code for iOS 5.1 to developers.  This appears to be a minor update that fixes several bugs and updates APIs for iCloud storage. This update is available for the iPhone 4S, iPhone 4, iPhone 3GS, iPad 2, iPad and 3rd/4th gen iPod touch devices. Adam posted earlier this month about possible new features to Siri with 5.1, but I didn’t see any mention about that in the notes.

There is no mention of any battery life fixes, but we have to assume that this issue is high on Apple’s To Do list since iOS 5.01 didn’t seem to do it. 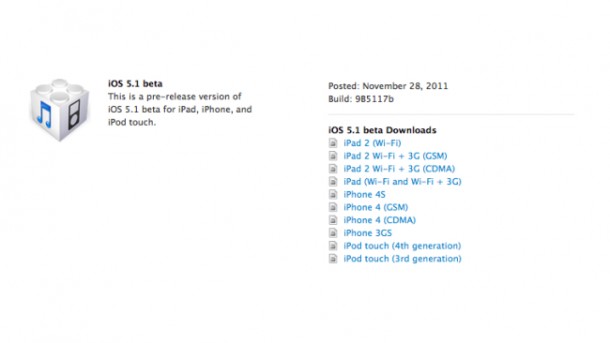 According to 9to5mac, this beta code has uncovered a new iPad version too. Anyhow, if you are an iOS developer, head over to the Dev Center to download now.