A new camera is app is coming to your iPhone soon as part of the iOS 5 update. Apple unveiled iOS 5 at its World Wide Developers Conference (WWDC) in San Francisco today. The new camera app allows users to control the picture taking process and edit photos immediately without using third-party apps.

Until now, iPhone users have had to rely on apps such as Camera+ to control their shots. The iPhone’s built-in Camera app lacked basic settings and controls commonly found on other apps and dedicated point-and-shoot cameras. 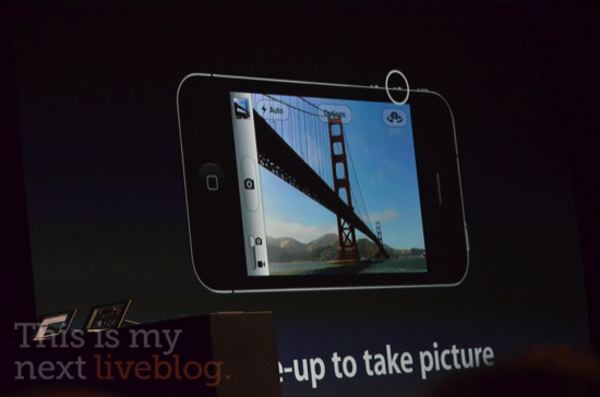 For the first time, the iPhone Camera app will have a physical shutter. iPhone users will be able to snap a photo by pressing the volume up button while in landscape mode. This should lead to steadier shots compared to tapping at the screen to take a photo.

iPhone users will now be able to perform basic edits with the Camera app rather than relying on third-party apps. At WWDC, Apple demonstrated how the new iOS 5 camera app can be used to fix lighting issues, such as flash overexposure.