The camera on the iPhone 4S includes some significant improvements. First, it takes less time to open and snap a photo (or shoot video) because now you just hit the home button twice and the lock screen will reveal a camera icon in the lower right corner. Tap it and you have the camera app open. Second, composing a shot in landscape mode and snapping the photo got easier thanks to Apple stealing the volume button shutter release idea from the folks at Camera+. It feels like you’re shooting with a mini point-and-shoot.

Below you can watch the video in which I demonstrate how to use these two cool new features on the Camera in iOS 5 on the iPhone 4S.

You can still pinch to zoom in on your subject. The camera has a flash just like the iPhone 4. Other features unchanged from iOS 4 on the iPhone 4 include: 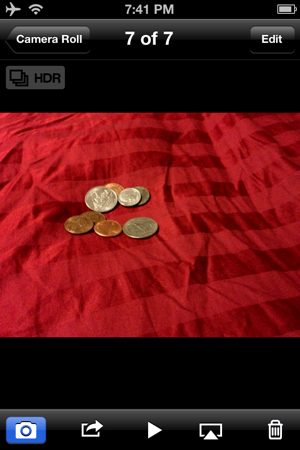 In addition to quicker access and the physical shutter release, you get a focus lock feature, more sharing features and some nice and simple photo editing tools.

First, the focus lock feature (called AE/AF for camera enthusiasts). This lets you lock the exposure (AE) and the focus (AF) of your image. Tap on what you want to focus on or what you want the iPhone 4S camera to use to determine the proper exposure. Tap and hold to turn on the AE/AF feature. Now if you recompose your shot it will keep the same focus point and use the same exposure. Use this to get a great shot of someone’s face even if the composition has extreme backlighting.

Apple integrated Twitter sharing into iOS 5. You can now snap a photo and quickly share it with your followers via the share button in the Camera Roll. The share button looks like a box with an arrow, next to the blue button which returns you to the Camera app. That blue button is new also. The other sharing features from iOS 4 still included are …

While playing a slide show, you can send the slide show to your TV through the AirPlay feature and an Apple TV (see below). 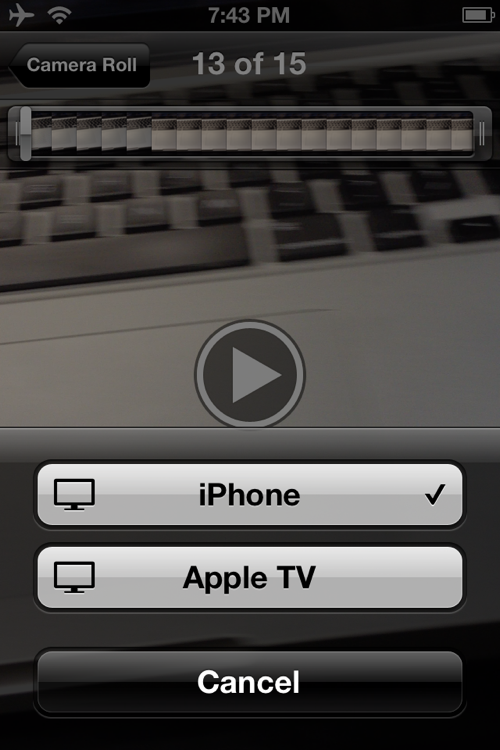 The Edit button brings up a new toolbar at the bottom of that photo. From left to right the buttons let you rotate photos, automatically enhance the picture, and fix red-eye (see toolbar in image below). 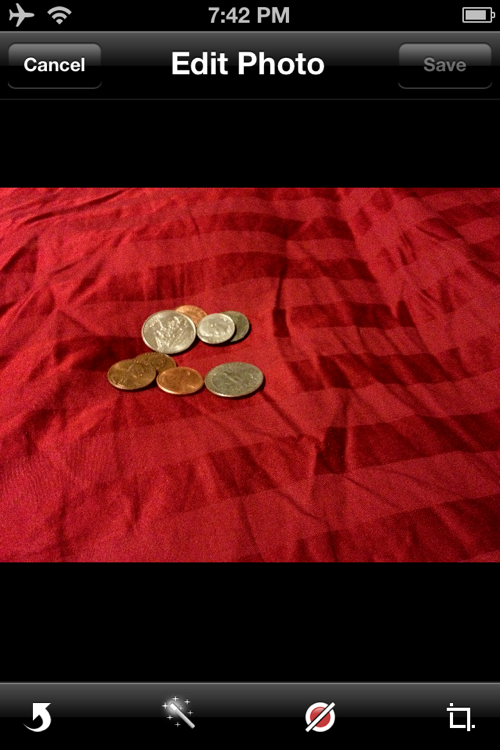 The cropping tool (last button on toolbar in image above) lets you grab just the best parts of your photo. Drag the corners or sides of the cropping line to frame the shot just the way you like it. 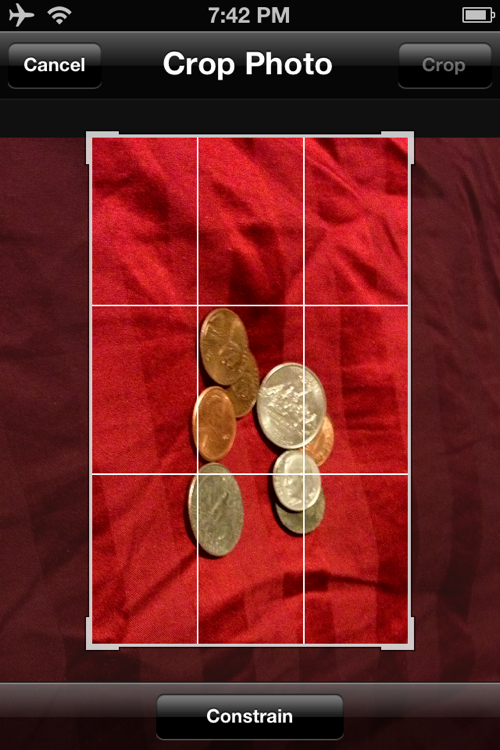 Below you can see a few sample shots taken with the Camera. The first shot is a close up taken without any flash. You get nice detail and even some depth of field. 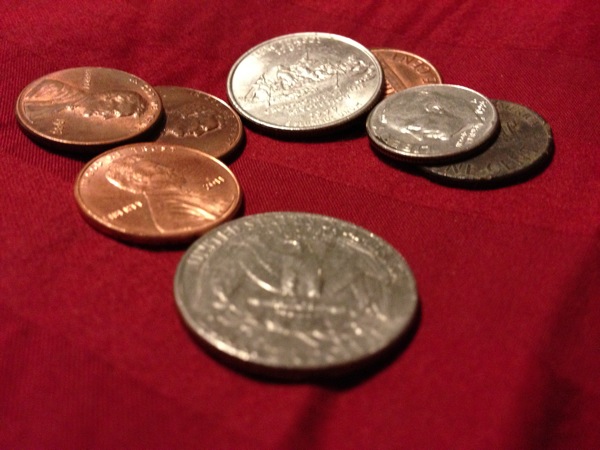 This next shot was done using the zoom feature pushed to maximum zoom. I found it really hard to get shots that were not blurry or filled with noise even in a bright room. 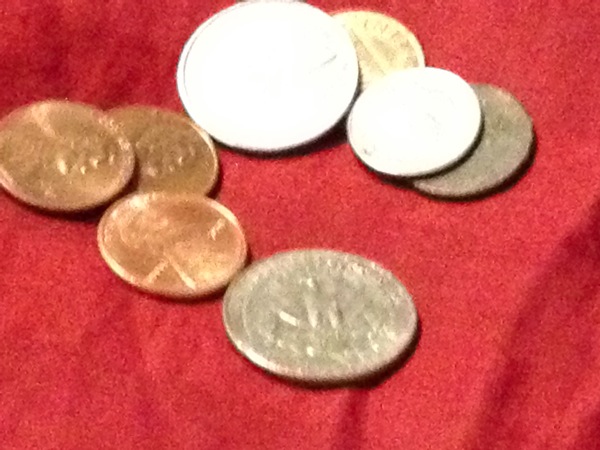 The next shot was taken with flash. It blew out the photo making it look terrible. 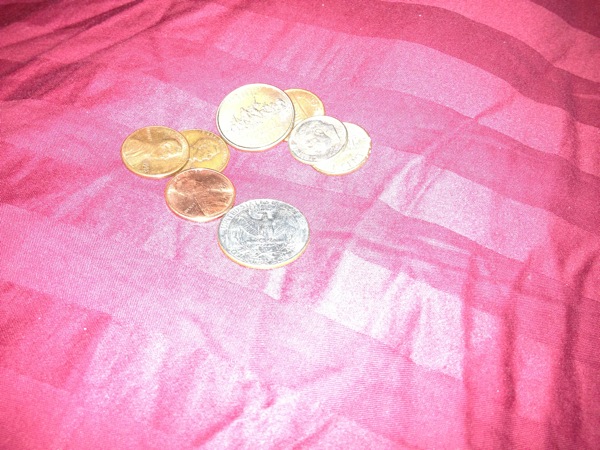 Finally, look at the outdoor shot below. 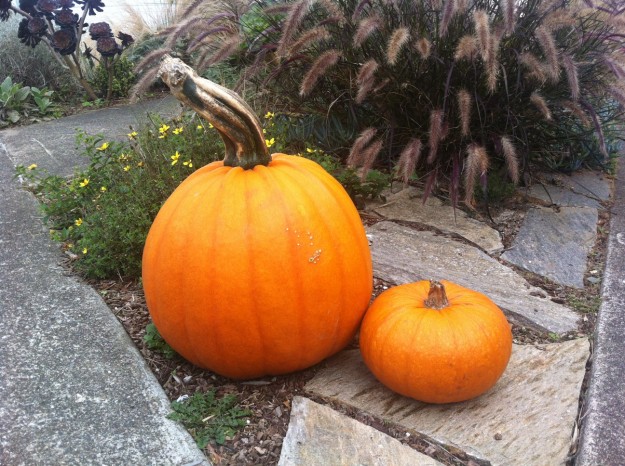 The camera app improves on the quality of the iPhone camera, but won’t replace your DSLR anytime soon. It might be good enough to keep that cheap point and shoot camera in the drawer, however.