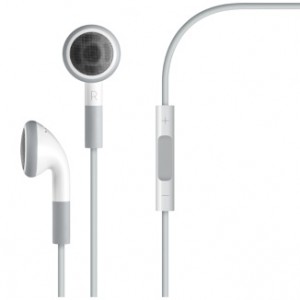 With iOS 5, Apple is allowing camera phone photographers to make use of the volume up button as a shutter button to capture images, rather than relying on the touchscreen button to snap a photo. However, it seems that the next-generation iOS operating system–still a developer beta–also extends the capabilities to headphones and headsets as well. On Apple’s wired earphones with a remote control for the volume controls, users can use the volume controls on the earphones to capture an image similar to how they can do that on the iPhone on iOS 5.

The potential is that this can open the doors to users using the iPhone with a remote control for activating the camera, similar to what DSLR photographers have enjoyed on their high-end single lens reflex kits. However, in an age where users are concedrned with privacy, using the headphone volume control to activate the camera can potentially result in the technology be used in an inappropriate, unintended way where users can capture images more discretely without people knowing.

Considering the criticism and talk of Anthony Weiner’s self-leaked private pictures and scandal, remote capabilities of image capture like those enabled through iOS 5 with the wired earphones on an iPhone may make it easier–and less obious–for a third-party to discretely and inconspicuously capture private moments of private lives without people really noticing.