A few weeks back, I wrote about my experiences with iOS 5 on my iPhone 3GS. From my first impressions to my final ones, my experience was phenomenal. Quite a few of you wrote in to agree or disagree or get some more particulars before you decided for or against the upgrade. Thanks for all of those emails. It makes me feel a little less ridiculous about the fact that I still own and use an iPhone 3GS.

Today, I wanted to update you on my situation with my iPhone and see how everyone else out there is doing.

Everything had been going smoothly until I decided to download iOS 5.0.1. And over the past few weeks,  I began to notice some of the problems that many of you wrote in to complain about.

Specifically, the sluggishness and battery life that seems to be getting worse every day. 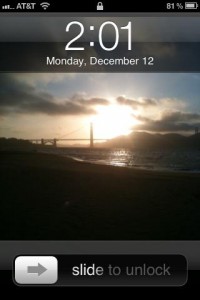 Neither of these issues affected me when I had iOS 5 installed. Occasionally, the software would catch when I tried to use Safari with a bunch of apps open but other then that, everything was golden.

However, over the past two weeks or so, I began to see a very visible, but relatively minor drop in battery life. (Yes, I’ve tried disabling iCloud.) I’ve also started dealing with more and more sluggishness as far as apps and Safari are concerned.

Keep in mind, I have not started to use my phone any different then before and I think I installed maybe one new application over that time period.

In addition, my Music player seems to be locking up on a daily basis. It starts working again when I force close it, but not a day goes by without me going through this process.

Again, all of this is very odd considering how good my experiences were back in October and the beginning of November.

I still recommend installing the software if you own an iPhone 3GS. The pros absolutely outweigh the cons.

I’m just hoping that iOS 5.1 fixes these issues. Remember, owners of other iPhone models are still experiencing poor battery life and it appears that iOS 5.1 will be the update that solves the problem.

How is everyone out there with an iPhone 3GS doing?

I would love to hear from you.