Apple has introduced the latest mobile software coming to the iPhone, iPod touch and iPad and one of the main features that will be coming along with it is PC Free, Apple’s nickname for wireless syncing a feature that Android users are familiar with and iDevice owners have been waiting for for quite awhile. 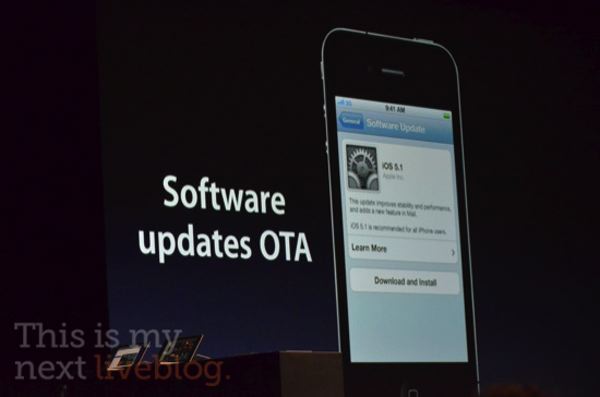 This had been a feature that had been rumored to be included in iOS  5 and Apple delivered. No longer will a cable be necessary for syncing up and when the iPhone is taken out of the box, you will be greeted with ‘Welcome’ instead a message letting you know that you have to tether it. Setup and activation are now mindless.

However, that’s not the big addition here. PC Free will be bringing OTA updates to the iPhone. Instead of full updates though, these will be delta updates which means that you’ll only get what’s changed with iOS. That should keep data usage down and means that it won’t take an hour or two to get the latest software installed.

Apple is taking a page out of Android’s book here as OTA updates have been the norm over on iOS’ competitor for quite some time. Surely a delightful moment for iDevice owners and one that will make Android owners cringe.