Apple has confirmed that its latest and greatest piece of mobile software, iOS 5, will start rolling out to current iDevice users, of certain varieties, on October 12th. That’s right, we finally have a concrete release date for iOS 5, months after Apple announced the software at WWDC 2011.

(Read: 5 Things to do Before You Upgrade to iOS 5)

Best of all, the software is going to be a free upgrade, but it will only be hitting certain phones.

Now, as expected, there are some phones left out here, chief among them, iPhones that came out prior to the release of Apple’s iPhone 3GS. So, if you’re still the proud owner of an iPhone 3G or iPhone 2G, you will not be able to get this update. 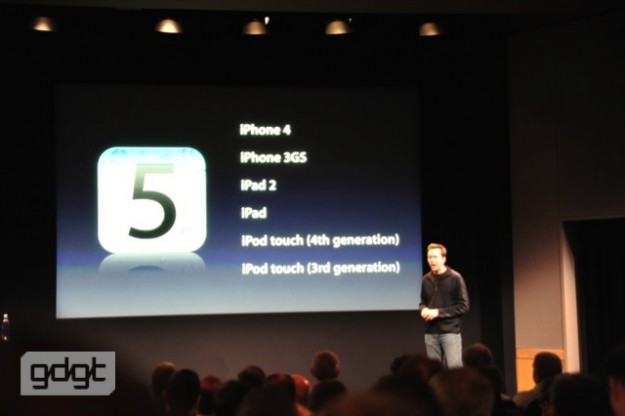 The good news is that if you own an iPhone 3GS, you will see iOS 5 arrive on October 12th along with those who own an iPhone 4, iPad 2, iPad, iPad touch 3rd generation and iPod touch 4th generation.

iOS 5 is going to be launching with a host of new features including something Apple is calling ‘Cards‘, which the company just announced today.