On the heels of news that the iOS 6.1.1 release could be right around the corner comes word that the iOS 6.1.1 update is currently live for owners of the iPhone 4S. The update, which is extremely small, aims to tackle 3G issues that were plaguing owners of the iPhone 4S. However, the update is not available for owners of other devices which means that those experiencing iOS 6.1 issues will have to wait for iOS 6.1.2 it seems.

Earlier today, a rumor suggested that Apple might be rushing out iOS 6.1.1 in order fix 3G issues that have been plaguing owners of Apple’s older iPhone, the iPhone 4S. 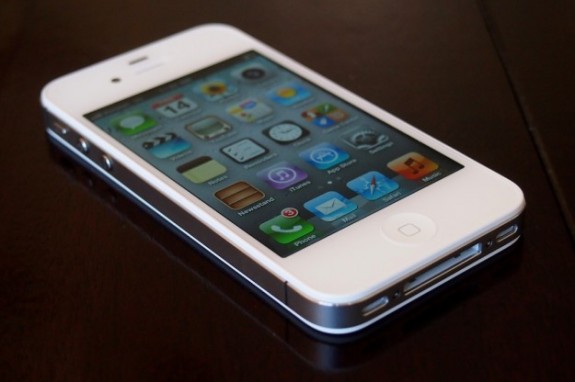 That rumor proved to be fruitful as Apple has rolled out iOS 6.1.1 today to owners of the iPhone 4S and the iPhone 4S only it seems. Those checking for the update with the iPhone 5 or any other device will come up fruitless.

The update is a mere 23MB in size and it, according to Apple, addresses an issue that could “impact cellular performance and reliability” which means that it’s aimed squarely at the issue that has been affecting owners since iOS 6.1 arrived.

In particular, British carrier Vodafone warned iOS 6 users not to upgrade to iOS 6.1 because of these cellular issues. And while it’s unclear if the update is safe for iPhone 4S users to install, it’s clear that Apple rushed this update out in order to get a handle on the issues.

The previous version of iOS 6.1.1 that we saw, iOS 6.1.1 Beta 1, made no mention of the 3G issues or battery life problems that some owners have been experienced since installing iOS 6.1. Instead, it was focused on improving Apple Maps in Japan. 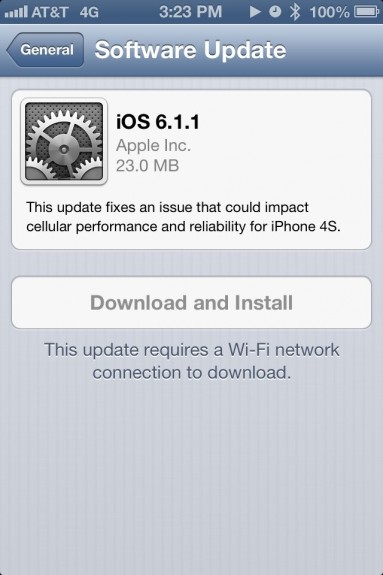 With the rushed iOS 6.1.1 update, it now appears that any bug fixes and updates for Japan’s Apple Maps will likely come with an iOS 6.1.2 update which, like all Apple incremental updates, is still without a release date.

iOS 6.1 was released on January 28th and it represented the first major update to iOS 6, including several new features like the new lock screen music controls and Siri’s ability to provide movie tickets through Fandango.

Thanks to Sumocat for the image!