Apple may be pushing ISO 6.1.1 through carrier approval faster than normal to squash iOS 6.1 bugs.

According to a report from iFun, iOS 6.1.1 is on the fast track for a release and carriers have already completed testing for iOS 6.1.1 build 10B145.

The IOS 6.1.1 update could arrive soon to fix a host of iOS 6.1 bugs, says iFun’s source which the publication claims is knowledgable about iOS updates.

No software release is without issues, but based on consumer and corporate feedback the iOS 6.1 features list may be overwhelmed by the bug list which has some carriers and companies warning users to avoid the update or block iOS 6.1 devices from their Exchange servers. In addition to these issues reports of Bad battery life on iOS 6.1 are frequent.

British carrier Vodafone warned iOS 6 users not to upgrade to iOS 6.1 due to 3G connectivity issues. A bug in the way iOS 6.1 handles meeting requests and management on Exchange servers has led some corporations to keep iOS 6.1 users out of their calendar functions, to avoid overloading the servers. 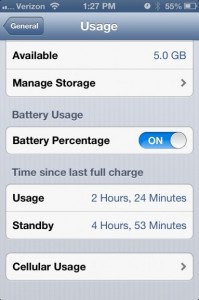 If Apple is able to push iOS 6.1.1 live to end users in the coming weeks it will be one of the fastest iOS updates in recent memory. iOS 6.1 is only 14 days old, and the iOS 6.1.1 beta is only 5 days old. The iOS 6.1.1 beta release notes focus on Apple Maps upgrades in Japan, but it wouldn’t be surprising to see Apple include several bug fixes in this update.

Users experiencing very bad battery life may be able to fix bad iOS 6.1 battery life by backing up their iPhone and then restoring as a new iPhone before adding back apps and data.