Apple’s iOS 6.1 update for iPhone and iPad came with a myriad of issues including a nasty Exchange bug that caused abnormal activity which led to intense battery drain. And while iOS 6.1.2 promised to fix them, it appears that even with the release of iOS 6.1.3, battery life problems are still a big problem for some of Apple’s products.

In January, Apple rolled out its long-awaited iOS 6.1 update for iPhone, iPad and iPod touch owners. The update delivered several new features including new lock screen music controls but it also, unfortunately, brought several issues along with it. One of those issues was severe battery drain for those using the mail client Exchange. Small and large companies use Exchange servers for email and employees started noticing abnormal battery drain shortly after installing iOS 6.1. 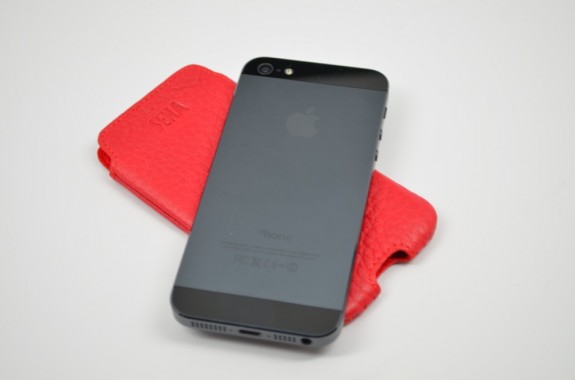 iOS 6.1.3 battery life is a problem for some iPhone owners.

A few weeks later, Apple issued iOS 6.1.2 to counteract those Exchange issues which were caused by a bug within its calendar which caused devices to continually contact Exchange servers, which, in turn, caused the terrible battery life. For the most part, we heard good things from owners who had been experiencing Exchange issues. However, we also heard from plenty of others who claimed that the issues persisted, even after installing iOS 6.1.2.

Two iPhone owners in particular filled us in on their issues with iOS 6.1.2. We first spoke to an IT employee of a big company and who claimed that an iPhone 5 running iOS 6.1.2 had contacted his company’s Microsoft Exchange 2003 server in the neighborhood of 50,000 times. Because of this, the device was almost unusable due to the poor battery life.

We also spoke to an iPhone user from a smaller company who had also been experiencing issues with his iPhone and the company’s Exchange 2003 server. He said that his iPhone 4S was downloading emails to his inbox, deleting them, and then contacting the server to re-download them, resulting in a massive hit to his battery life. Even worse, he had to shut off data on his phone entirely because he couldn’t afford paying for the data usage.

We have been in contact with the latter of the two since the release of iOS 6.1.3, the latest update from Apple, and it seems like he is still having issues with his iPhone which, as can be seen in the video, continues to contact the Exchange server over and over again, depleting the battery life on the phone.

While it’s still contacting the server, what he does say is that it is no longer deleting his emails. However, again, his iOS 6.1.3 battery life is still far less than it was before the update to iOS 6.1.

Battery life issues don’t seem to be the only issue that has arisen with iOS 6.1.3 either. Owners are having difficulties with their Wi-Fi connectivity and of course, we’ve seen that the iPhone 4 still has a lock screen security bypass flaw that allows for unwanted access to contacts and photos.

It’s unclear if Apple will issue an update to solve the battery life issues with iOS 6.1.3 and specifically with Exchange. It’s clear that it’s an issue but it doesn’t appear to be as widespread as it was prior to the release of iOS 6.1.2 and thus, it’s likely not as big of a priority.

Certainly, it’s possible that we’ll see another update to iOS 6.1 before the arrival of iOS 7, given the discovery of the iPhone 4’s security flaw, but whether or not a battery life fix will be on board remains to be seen.