Last week, Apple released the iOS 6.1.3 Beta 2 for developers and while we knew that the update patched up the lock screen security issue, what we didn’t know was how it could affect the current iOS 6 jailbreak tool dubbed Evasi0n. Now, according to one of the developers behind the jailbreak, iOS 6.1.3 will likley patch up the exploits that Evasi0n uses, rendering it useless to those that upgrade to iOS 6.1.3.

After the release of iOS 6.1, iPhone and iPad users ran into a number of issues. Apple was forced to issue an iOS 6.1.1 update to iPhone 4S owners to patch up a problem with 3G connectivity and shortly after that, Apple issued iOS 6.1.2 to owners of all of its iOS 6 devices to quell an Exchange bug that killed battery life. 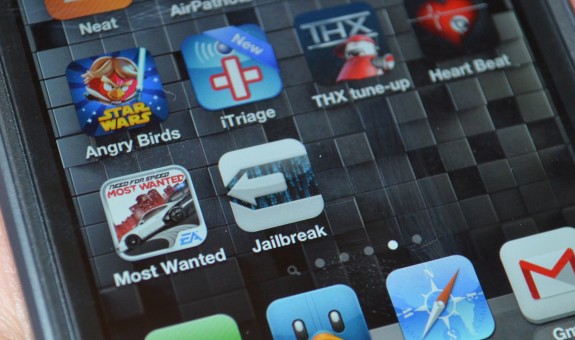 The iOS 6.1.3 update will likely kill the Evasi0n jailbreak tool.

Throughout those updates, the Evasi0n jailbreak tool from the group known as evadr3s has continued to work. iPhone owners who have installed iOS 6.1.1 or iOS 6.1.2 are free to use the jailbreak on their device. Those that wish to jailbreak their device though might want to think about upgrading to iOS 6.1.2 soon as it appears that iOS 6.1.3 may patch up the exploits that the evadr3s team has been using.

According to comments made by David Wang (@PlanetBeing) to Forbes, iOS 6.1.3 Beta 2 evidently kills the Evasi0n jailbreak tool for owners of the iPhone and iPad. Wang says that the new beta patches up one of the five bugs that Evasi0n uses to run and if that is the case, and it appears that it is, the Evasi0n jailbreak will no longer work for those that are attempting to jailbreak with a device on iOS 6.1.3.

What’s more is that Wang claims that while only one of the bugs seems to be patched up, Apple could also be working to fix the other exploits that Evasi0n uses making it far more difficult for the evadr3s team to find other means of offering a working jailbreak tool.

Wang believes that iOS 6.1.3 won’t be released for as long as a month from now which gives those iPhone and iPad owners looking to jailbreak some time to install iOS 6.1.2 and get Evasi0n up and running.

Most recently, the team behind Evasi0n released version 1.4 which allows those who updated to the most recent iOS update, iOS 6.1.2, to use the jailbreak tool with their device.

From the looks of things though, that version could ultimately be the last update that the current form of the Evasi0n jailbreak tool receives.