Last Thursday, Apple released iOS 6.1.4 for the iPhone 5, an update that was small in size and only featured one change. However, for some iPhone 5 users, the update brought some unannounced issues along with it with many owners voicing concern about their phone’s battery life after installing Apple’s latest iOS software.

In January, Apple released iOS 6.1. an update that brought along several new features including the new lock screen music controls that were and still are a big improvement over the previous ones. However, iOS 6.1 also brought some menacing issues along with it, issues that of course were not mentioned in the update’s changelog. 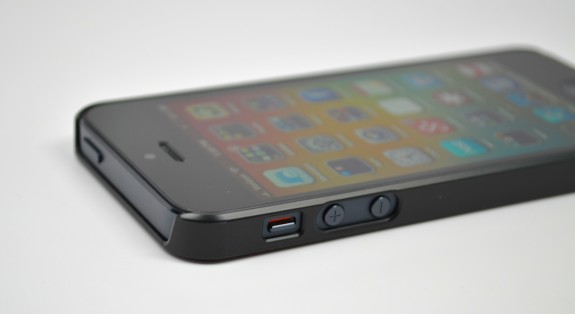 As we’ve pointed out, iPhone and iPad owners are still dealing with issues not only from that update, but from Apple’s three subsequent updates iOS 6.1.1, iOS 6.1.2, and iOS 6.1.3.

Last week, Apple issued its latest update, iOS 6.1.4, an update for the iPhone 5 that, at first, didn’t get much attention from owners of Apple’s latest smartphone. However, over time, the complaints about the software have begun to mount, with owners zeroing in on battery life issues that are seemingly plaguing the smartphone after installing the new software.

Recently, we reported that iOS 6.1.4 owners were experiencing a number of problems with the device, including the aforementioned battery life issues. However, at the time, the issues were only being touted by a small group of iPhone owners. Now, there is a chorus and quite a few iPhone 5 owners have chimed in with complaints about battery drain with their iPhone 5. 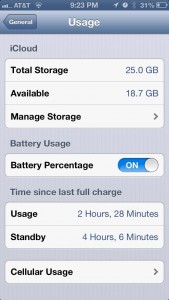 iPhone 5 owners are complaining about battery life issues in iOS 6.1.4.

While things were initially quiet, complaints have started to pick up over the past few days with iPhone 5 owners taking to Apple’s forums, Twitter and through email to complain about perceived battery life issues with the iPhone 5 after installing iOS 6.1.4.

Apple’s forums are rife with complaints from iPhone 5 owners who are experiencing battery life that they claim isn’t typical to their device. Users are reporting various degrees of battery drain on their iPhone 5 with some claiming that simple tasks like playing a saved podcast have dropped their device down to below 70% in just one hour. Others are reporting that the device is draining abnormally, even when sitting idle.

This photo, from @DetroitBORG, shows battery life that has dropped to 31% only a few hours after its last charge. Clearly, that is not optimal iPhone 5 battery life.

So while these issues may not be on the same level as the battery life issues that plagued iPhone and iPad owners after iOS 6.1, wherein an Exchange bug killed battery life, it’s still a problem for many people with an iPhone 5.

Of course, as is the case with just about every iOS update, the iOS 6.1.4 battery drain issues aren’t affecting everyone. Gotta Be Mobile has heard from several people who claim that iOS 6.1.4 actually improved their battery life from iOS 6.1.3 and are now able to enjoy a more extended period without charging their phone.

We have been using iOS 6.1.4 extensively for a week now and we have not noticed severe battery drain. We’re still getting fantastic standby battery life and getting as good of battery life as we got from iOS 6.1.3., the previous update.

This is not to say that other owners aren’t experiencing issues, but that some iPhone 5 owners are still getting the status quo when it comes to iPhone 5 battery life, even after updating to iOS 6.1.4. 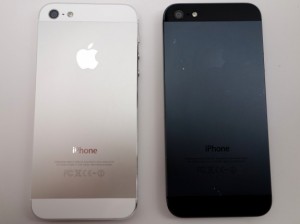 Don’t expect a fix from Apple any time soon.

At the moment, there don’t seem to be any pinpointed causes for the battery drain that some iPhone 5 owners are experiencing. And that unfortunately makes a fix, or at least one that works with 100% accuracy, impossible to nail down.

As we have suggested in the past, owners who are experiencing battery drain will want to monitor things like 4G LTE use as that can certainly drain battery life down immensely. Turning it off, when it’s not necessary, will save quite a bit of juice in the long run.

We also have an extensive list of iPhone 5 battery life tips. If none of those work, it’s probably best to perform a factory reset after backing up data. And if that still doesn’t work, it might be worth bringing the phone into an Apple Store for analysis.

Again, as we have mentioned before, we saw one owner who updated to a new version of iOS blame the update for battery life issues, only to discover that her battery was actually bloated and defective.

Those hoping for a swift update from Apple aren’t likely to get one any time soon. Battery life problems crop up after just about every single iOS update and Apple usually isn’t inclined to offer a quick fix unless the problem is extremely widespread. Case in point, the Exchange calendar bug that caused battery life to take a hit across devices.

What this means is that iPhone 5 users experiencing issues in iOS 6.1.4 are going to have to rely on quick manual fixes in order to try and contain the battery drain, else bring it in to an Apple Store for a look and possibly a replacement battery.