Speculations over a shrunken dock connector standard for Apple’s forthcoming iPhone 5 have been swirling for some time now, and recent renders and leaked images of the rumored device show a smaller connector port. In the past, it’s been rumored that the new standard may support either 8 or 19 pins, but a recently discovered line of code suggests that Apple’s new standard will utilize 9 pins.

According to the code posted at 9to5 Mac, we are learning that the dock connector will have 9 pins. iOS 6’s code reads: “000002d9c t_copyDeviceSupports9Pin.” Though the news itself is relatively insignificant for consumers eagerly awaiting for Apple to launch the new phone, it does confirm the new smaller dock connector standard. 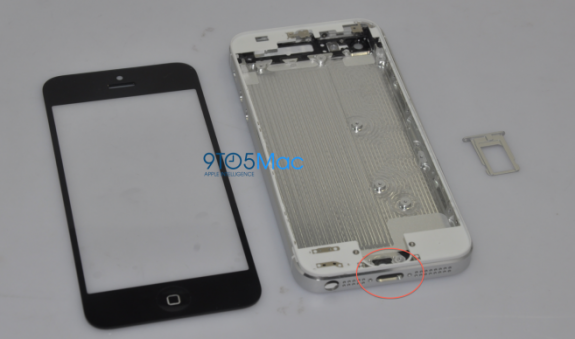 The shift to the smaller dock connector standard was likely made to allow the iPhone 5 to be slim and thin while still accommodating the latest technologies–like 4G LTE–and also supporting a capacious battery.

In addition to switching to the smaller dock connector, Apple is also rumored to be migrating from its micro SIM standard to a nano SIM format.