The iOS 6 jailbreak for the iPhone 5 and other devices appears to be close to finished as hacker @pod2g urges Apple to release iOS 6.1.

Earlier this week the team was able to discover a new exploit that lets them save an important exploit for a future jailbreak.

The urging comes days after big names in the jailbreak community join the iOS 6 Jailbreak Dream Team and @planetbeing reports progress on the iOS 6 jailbreak.

The team is already in possession of an iOS 6 jailbreak for the iPhone 5 running iOS 6.0.2, but as of this week is still looking for the final pieces needed to make a public release viable.

According to @planetbeing, iOS 6.1 breaks part of the iOS 6 jailbreak, so the team is waiting for Apple to release the new version so that it does not waste any exploits.

On Reddit planetbeing reports that the team discovered a new exploit that replaces one of those the group doesn’t want to burn,

Unfortunately, as pod2g says, neither bug has to do with initial code injection, which we currently don’t have a duplicate/backup vulnerability for at all.

Hopefully @planetbeing is talking about the exploit that lets hackers look at iOS firmware, an essential part of delivering future jailbreaks. 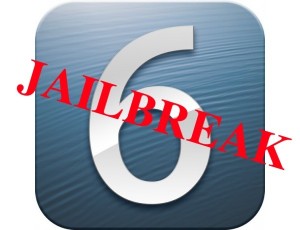 Anyone looking to jailbreak the iPhone 5 or iPhone 4S should not upgrade to iOS 6.1 until an all clear is issued by one of the members of the iOS 6 jailbreak team.

That said I believe there should be beta 5 and in 2-3 weeks a GM for a late Feb early March 6.1