iOS 6 Jailbreak: Pod2g Is back, Promises "It is Not the End!"

Pod2g is coming back to jailbreaking to work on the iOS 6 jailbreak for the iPhone 5 and other new Apple devices, saying his calls for an Open iOS 7 are not a sign of defeat.

Pod2g, the man best known for his essential contributions to the absinthe jailbreak tool, the first iPhone 4s jailbreak, broke his silence on jailbreaking in the past several days and is promising that he will come back to jailbreaking after finishing work on his app.

He says that work for the jailbreak continues, but it is not yet ready for a public release, saying, “It’ll happen. It is not the end.”

Pod2g shared on Twitter that after that project wraps up he will come back to jailbreaking, which could be what we need for the iOS 6 jailbreak to move from testing to release in early 2013.

@danismatt I’ve a little more work to do, like prepare the app website, then, I will certainly come back to jbing, yes.

Pod2g promises that his calls for an open iOS are not a sign that Apple won against jailbreakers. On Twitter he says he didn’t call for the Open iOS as a jailbreaker, presumable he did it as a new app developer.

In his recent updates, Pod2g shares a quick note on the progress of the iOS 6 jailbreak, without going into too many details.

This is false in many ways. Firstly, the jailbreak is being developed in the underground, and is just not ready for a public release.

In a recent lengthy interview Pod2g said that he is hopeful for the next six months, so with luck we will see the iOS 6 jailbreak public release before the middle of the year. We expect that Apple will announce a new version of iOS at WWDC this summer, most likely iOS 7. If the iOS 7 release date hits this fall, following the pattern of iOS 5 and iOS 6, jailbreakers would only have a short amount of time to use the latest iOS on a jailbroken iPhone 5.

Read: 5 Reasons We Can’t Wait for the iOS 6 Jailbreak 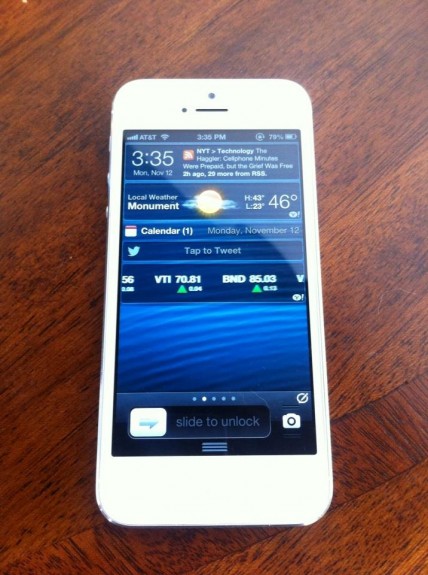 Further proof of an iOS 6 jailbreak for the iPhone 5.

The petition calling for an Open iOS is already above 4,000, something organizers hope will catch Apple’s attention. The hope is that Apple will deliver a more open iOS, that allows for the customizations Android offers users, without opening the iPhone and iPad up to piracy. Though recent events show even a non-jailbroken iPhone can be used to pirate apps.

Looking at my mentions, there are a lot of long time iPhone users who switched to the Galaxy S3. Come on Apple. Please react to this.

Online petitions aren’t the most convincing method of changing the way a company works, but if users who are thinking of switching to Android, or already switched to Android because of a closed iOS reach significant numbers, that could catch Apple’s attention.

Stay tuned for the latest iOS 6 jailbreak news and progress on the iPhone 5 jailbreak.