There is already a successful iOS 6 jailbreak for the iPad 4th generation and the iPad mini, but like the iPhone 5 jailbreak it is not ready for a public release.

This is good news for users that are waiting for an iOS 6 jailbreak for the iPhone 5 and iPhone 4S, as it means the hacking teams may be closer to finding the missing piece needed for a public release, and that a new iOS 6 jailbreak tool might work on a multitude of devices. 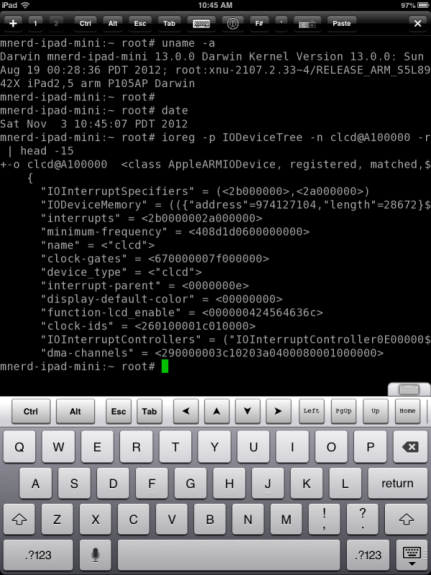 Proof of an iPad mini jailbreak.

On Friday @MuscleNerd, a well-known iOS hacker posted a photo of an iPad mini jailbreak. The photo shows root access on the iPad mini, something not available to the average user.

MuscleNerd used the Failbreak to gain root access on the iPad mini, which is the same process that @PlanetBeing shared is crucial to providing an iPhone 5 jailbreak. This method of iOS 6 jailbreaking requires an Apple Developer account, which is not normally the way jailbreaks work on a public release.

On Monday morning, @chpwn released a photo of Cydia running on the iPad 4th generation. This is Apple’s newest iPad with a new Apple A6X processor. 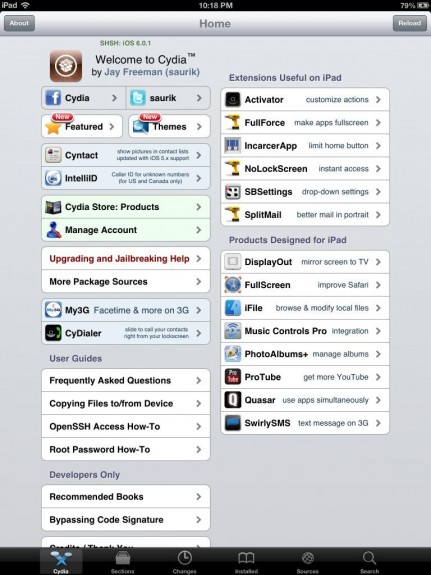 Cydia on the iPad 4th generation.

The progress on an iOS 6 jailbreak, especially on new devices is good news for users. While all these devices are running iOS 6, or iOS 6.0.1, they don’t use the same processor.

The iPad mini uses an A5 processor, iPhone 5 uses an A6 processor and the iPad 4th generation uses an A6X processor. It was possible that the variety of processors could splinter the jailbreak process, but from the early efforts hackers are pushing forward on all new Apple devices.

Users need to lookout for fake iOS 6 jailbreaks and companies charging for an iPhone 5 jailbreak before the tool is available.