The Dream Jailbreak Untethered iOS 6 jailbreak for the iPhone 5, iPhone 4S and other Apple devices which was shown off for the first time on video today is a fake according to experts in the development community.

As promised, the person behind Dream Jailbreak released a video that purportedly depicts an iOS 6 untethered jailbreak for the iPhone 5 and several other Apple devices including Apple’s previous generation model, the iPhone 4S. The userland Untethered iOS 6 jailbreak has been set for a December 22nd release though with the authenticity of the video now in doubt, it’s doubtful that users of these Apple devices will get their jailbreak as promised.

Even before the release of the Dream Jailbreak video, well-known hackers were voicing skepticism about whether or not the person would be able to deliver and as expected, pioneers of the jailbreak community are already crying foul, mere minutes after the first video was released.

iOS hackers ranging from MuscleNerd to Comex to i0n1c to p0sixninja are all claiming that the video that was released today does not show a real iOS 6 jailbreak and instead depicts a fake.

From the way it boots up, to oddities in the video, to EXIF data in an image that was uploaded that appears to depict a fake user interface, experts and iPhone owners alike believe the jailbreak to be a fake.

EXIF data of the screenshot he posted.Can we all say FAKE in unison.forums.macrumors.com/showpost.php?p…

Experts are also pointing out some of the issues with the jailbreak itself.

Anyone notice the cadence of progress bar is identical to redsn0w’s :)And verbose screen gets cleared same place I make redsn0w do it :)

And finally, there appear to be some inaccuracies within the video that have led many to believe that iOS 6 jailbreak that many hoped was real is actually a fake.

@musclenerd There is also no “Slide to unlock” after the Phone comes back.

Oddly enough, the person behind the jailbreak says that he or she will release the jailbreak tonight, well before the planned December 22nd release date. 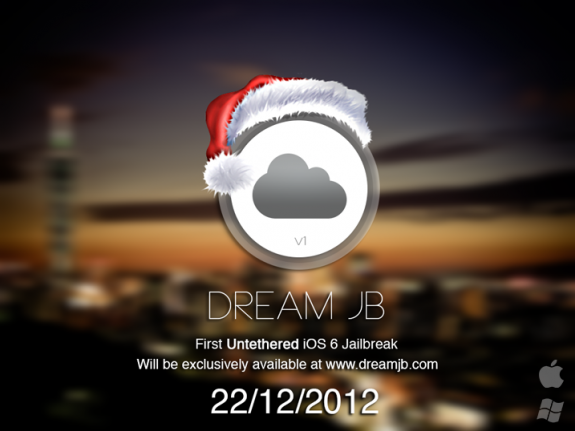 It’s unclear at what time the supposed jailbreak will be released but at this point, given the widespread panning of the jailbreak, we advise those who wish to jailbreak iOS 6 on their iPhone to not buy or install anything that is released tonight without the approval of the leaders of the jailbreak community.