Next month Apple will hold its World Wide Developers Conference where we expect the company to announce iOS 6. And already, some developers are already seeing the next version of iOS pop up in their usage logs.

According to 9To5Mac, developers are seeing iOS 6 in usage logs from analytics software. Some developers report seeing the next version of iOS in logs dating back to late April.

The logs mean that Apple is testing iOS 6 somewhere within its campus. Apple has likely already tested its own apps on the new version of the mobile OS and now it’s testing high-profile apps on it. Apple tested iOS 5 in a similar fashion last year shortly before its debut at WWDC 2011. 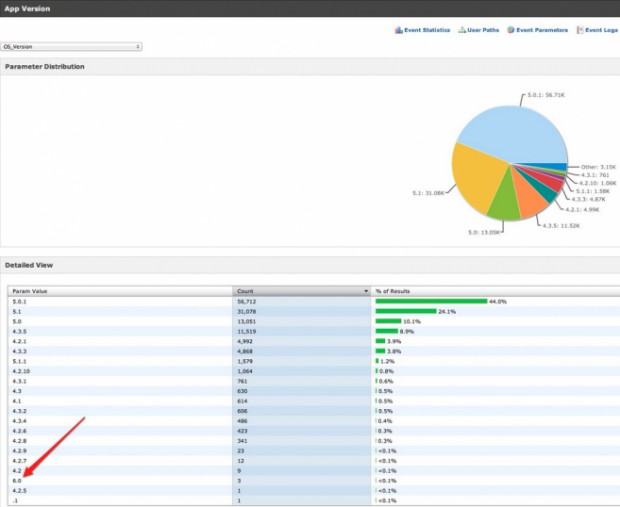 Unfortunately we don’t know what devices Apple was using to test iOS 6. It could be the 4-inch iPhone 5 we’ve heard rumors of, or the company could just be testing the new iOS  on the current iPhone 4S. Either way, we probably won’t hear anything about the next iPhone until a few months after iOS 6 debuts.

Recent rumors say Apple is building a new Maps app for iOS 6. The new Maps app will replace the Google Maps map tiles and back-end for an Apple-created back-end and design. The new maps will feature a 3D mode with photo-realistic models.

There are also reports that iOS 6 won’t implement Android-style widgets, though there is still room for more widgets in Notification Center. We don’t know much more about iOS 6 yet, but we do have wish-list of features we’d like to see in the next version of iOS.