Apple released iOS 6 today and while many owners are installing the update with ease, many others, namely those with devices featuring smaller storage, are running into frustrating problems.

Personally, I own a 16GB third-generation iPad and a 16GB iPhone 3GS. With a smile on my face, I went to go install iOS 6 this morning and very promptly was reminded why I will never again buy an iPhone or iPad with 16GB of storage.

iOS 6 is an extremely large update and requires iPhone, iPad and iPod touch users to have 2.5GB of storage space available in order to download. For those with 32GB or 64GB devices, this likely isn’t any sort of an issue. Delete a few apps or songs here or there and the space becomes available and the download starts. 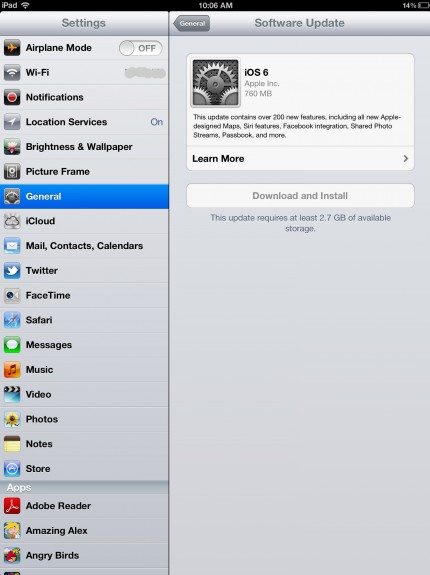 16GB iPhone and iPad owners will have some issues installing iOS 6.

However, for those of us with limited storage, it’s a bit of a nightmare.

When I attempted to install iOS 6 on my iPad, I was unable to. Not because Apple’s servers were down, but because I didn’t have enough free space on my device. I had even taken my own advice and cleared out a lot of my unused applications in preparation for the update but it still wasn’t enough.

I then took on the joyous task of deleting applications. Most of the applications I have on my iPad are productivity or game related and I use pretty much all of them. So when I say that I hate having to pick and choose between which to delete, I truly mean it.

After getting it up and running, I then turned to my iPhone 3GS which I knew would not be a fun experience in the slightest because I was down to my last 100MB on the thing. 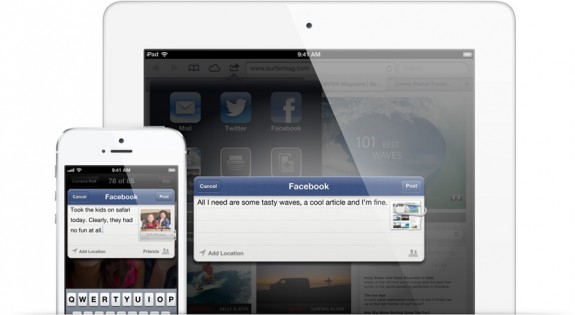 I then had to go about picking and choosing what to delete which put my installation on hold for a good 30 to 45 minutes. In fact, I’m still in the midst of installing the update right now.

Those who own an 8GB iPhone 4 or iPhone 3GS are going to get the worst of it with iOS 6 as the update will need up to one-fourth of the devices storage space. I do not envy folks with those devices.

So, after all that, two things to keep in mind before installing iOS 6.

At this point, no one should be surprised that there isn’t an 8GB iPhone 4S. 8GB of storage space simply isn’t enough.