The iOS 7.0.6 update arrived out of the blue while consumers were looking for iOS 7.1, bringing an important security fix to iOS 7. This update is available for all iOS 7 devices and in this article we are taking a look at how iOS 7.0.6 performs on the iPad Mini Retina.

This is a small update that focuses on one main security issue, but even small updates can bring unintended bugs which is why we test the software on as many Apple devices as possible. So far the iOS 7.0.6 performance on the iPad Mini Retina is good. Read on to hear how it performs in specific areas. 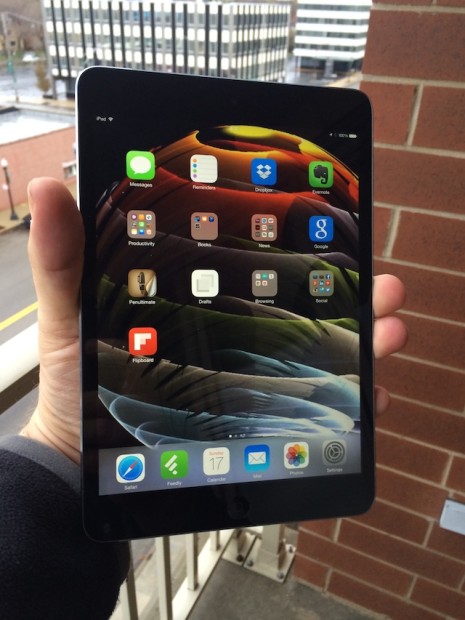 The iOS 7.0.6 update runs well on the iPad Mini Retina.

From our time with this update consumers will still want to pay close attention to the iOS 7.1 update that could arrive in March. An iOS  x.1 update typically brings a number of improvements and fixes, while smaller updates like this focus on more timely iOS problems that Apple needs to fix faster.

The iOS 7.1 release brings bigger changes that are in testing with developers who are currently updating apps and working to make sure that nothing breaks when the iOS 7.1 update rolls around.

Te iOS 7.0.6 update installation was simple and as easy as any other small iPad update. Occasionally iOS updates can hit issues when many users rush to download or mag require users to delete apps or videos to make room, but neither issue arose with iOS 7.0.6.

Plan for about a 10 to 15 minute update process depending on your download speed. The process is possible on iTunes or by using an over the air update that downloads right to the iPad. During the update it is not possible to use the iPad for 5-10 minutes while the installation completes.

Overall the iOS 7.0.6 update runs smoothly on the iPad Mini Retina, which is expected for a device that is only a few months old. Below we’ll look closer at the performance in several key areas.

We don’t expect issues with app compatibility on a small update like this, and it appears that there are no show-stopping problems with apps we commonly use. From Apple apps to top third-party apps in the App Store we didn’t run into any odd crashes or apps that did not work right.

The iOS 7.0.6 update did not impact the iPad Mini Retina battery life, which means users can still expect 10+ hours of use on a single charge.

Small updates can sometime bring a battery draining bug, but in the past 5 days of use we did not observe a change to the battery life on iOS 7.0.6.

Small updates like this also bring a chance for WiFi problems or LTE issues. Thankfully after testing both on several networks we could not find any iOS 7.0.6 WiFi problems.

Users experiencing poor WiFi or grayed out WiFi may not find a quick fix with iOS 7.0.6, but it does not appear to add any new connection issues. 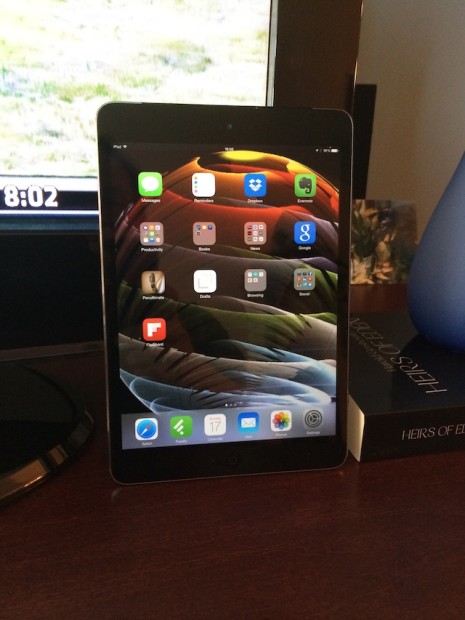 The iOS 7.0.6 update is an important upgrade.

Over the last several days we’ve used the iPad Mini Retina with a more observant eye than usual to see if any bugs arrived with the new version of iOS. The iPad Mini Retina used to test this update was not troubled by the iOS 7 crashing problems that some iPad or iPhone owners complained about, and it is still performing without crashes.

It is possible that someone will discover an iOS 7.0.6 problem or bug in the coming weeks, but for now it appears Apple squashed one bug without adding any others.

The very simple answer is yes. The iOS 7.0.6 update is a very important one that fixes a major security issue that could leave an unpatched iPad mini Retina or other iOS device vulnerable.

Add in the good performance of the iOS 7.0.6 update and the ease of installation and it is a must have update for any iPad or iPhone owner. While users maybe tempted to wait for the iOS 7.1 update release to update, it is a good idea to install this update today.

The iOS 7.0.6 update is also jailbreak friendly, so users that want to enjoy the benefits of an iOS 7 jailbreak can update without worry. For those who are already using a jailbroken iPad Mini Retina, there is a patch to fix the SSL issue without installing an official Apple update.