Safari continues to reload tabs for many iPad Air users, and springboard crashes are still a problem for some. A reader shares details about these iOS 7.1.1 problems that continue to annoy users months after the release.

Other  iOS 7.1.1 problems include battery life and WiFi complaints on the iPhone and iPad. Apple is working on an iOS 7.1.2 update to fix a number of iOS 7.1 and iOS 7.1.1 problems. Leaks don’t indicate what iOS 7.1.1 problems this update will fix, and users may need to wait until the iOS 8 release date this fall for a larger batch of fixes.

iOS 7.1.1 problems don’t impact every user, which is part of why it is tough for Apple to isolate and fix issues like Safari reloading tabs on the iPad Air. 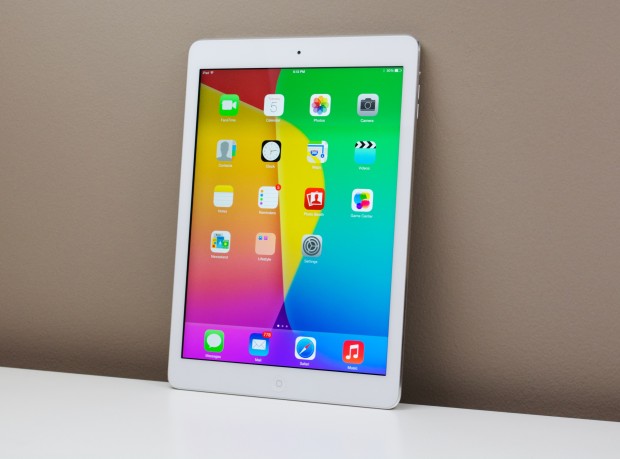 The iPad Air is new, but it is the home for several iOS 7.1.1 problems.

While users may accept performance issues on older devices like the iPad 2, the iPad Air is Apple’s flagship device with a new 64-bit Apple A7 processor designed to work with iOS 7. If anything iPad Air users should see the least iOS 7.1.1 problems but for some users this continues to drag on, and will likely stick around until Apple identifies a fix.

If the iOS 7.1.2 release does not fix this problem users will need to wait for iOS 8, which is a major update to the iPhone and iPad software. According to one user the problem is not fixed in the iOS 8 beta, but there is time for Apple to add to the beta. The iOS 8 release date arrives this fall, but the exact date is unknown.

The video below shows this iPad iOS 7.1.1 problem in action. The Safari app is unable to keep the tabs loaded while switching between two tabs. This is something that the iPad Air should be able to handle, especially with no other app open.

Gotta Be Mobile reader Edgardas shares his description of two iOS 7.1.1 problems that make using his iPad Air a frustrating and annoying experience.

In an attempt to fix these iOS 7.1.1 problems he restored the firmware on the iPad Air twice and cleared Safari cache, but it was no help. This does not impact the iPad mini or his iPhone 5s. 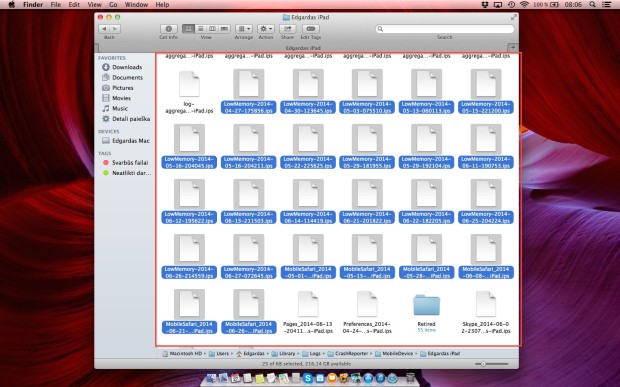 When the iPad Air crashes it creates a Low memory log, creating a trail of this iOS 7.1.1 problem.

When Safari crashes and Springboard crashes the iPad creates logs for a low memory problem, shown in the image above. There is a long thread on Apple Support forums about this issue. Updates fixed the issue on some devices, but there are still users that cannot reliably browse even two tabs in Safari. Another long thread shares discussion of the problem with users offering opinions on the amount of RAM in the iPad Air.

If you experience either of these iOS 7.1.1 problems the first thing to do is clear the Safari cache by going to Settings -> Safari-> Clear History and Clear Cookies and Data. This may help some users, but if the problem persists you should backup the iPad and perform a restore to reset it to factory settings. After plugging in and backing up to iTunes or using iCloud backup go to Settings -> General -> Reset -> Erase all Content and Settings. It may be a good idea to not restore from backup, as this could bring any problems back over.

Rumors point to an iOS 7.1.2 release in early July. Although it is not clear if this update brings a fix to this issue it should offer relief from some iOS 7.1.1 problems.