The iPad 3 iOS 7.1 performance offers an improved user experience thanks to faster animations and other enhancements. We installed the iOS 7.1 update on the iPad 3 to see how it performs and what users can expect from Apple’s new version of iOS 7.

Unlike previous iOS 7 updates that fixed one or two specific issues the iOS 7.1 update delivers a collection of enhancements to the user experience with a new Siri feature, enhancements to iTunes Radio, better syncing of answered FaceTime calls and fixes for iOS 7 crashes.

In this early iOS 7.1 on iPad 3 impressions we will look at what Apple fixed in this update and how it performs on the iPad 3. We will share a longer iPad 3 iOS 7.1 review after spending more time with the update. There is no rush to install iOS 7.1 on the iPad 3, so if you have worries you can wait for the final review later this week.

The two minute video below shows the iPad 3 iOS 7.1 performance compared to the same iPad running iOS 7.0.5. The iOS 7.1 update for the iPad 3 is not a game-changer in terms of performance, but the device feels smoother and animations are faster.

After using the iPad 3 running iOS 7.1 for an hour and a half it is clear that the update delivers small, but welcome boosts in performance. Users should not expect to feel like they traded in for an iPad Air, but at the same time the day-t0-day tasks of switching apps, opening and closing apps and navigating the iPad are faster.

After testing the apps commonly used on the iPad 3 we cannot find any that don’t run on the most recent update. This is not a surprise given the focus of this update on fixing bugs and improving performance.

Developers tested their apps on iOS 7.1 for several months, so if you have any issues make sure your apps are up to date. We may see a push of new apps coming out that will fix any iOS 7.1 app issues.

iOS updates come with the potential to cripple the device by knocking out WiFi connectivity. The iOS 7.1 update on the iPad 3 did not change our ability to connect to WiFi in any way. This may vary from one device to another, but we also are not seeing widespread reports of grayed out or non-working WiFi on the iPad 3 running iOS 7.1.

As we mentioned, the iPad 3 performance on iOS 7.1 is an improvement. While Apple’s iOS 7 release notes only focus on iPhone 4 performance enhancements, but as we use the iPad 3 it is clear that there are some speed enhancements for this device as well. Users will notice faster animations which means the device feels faster. 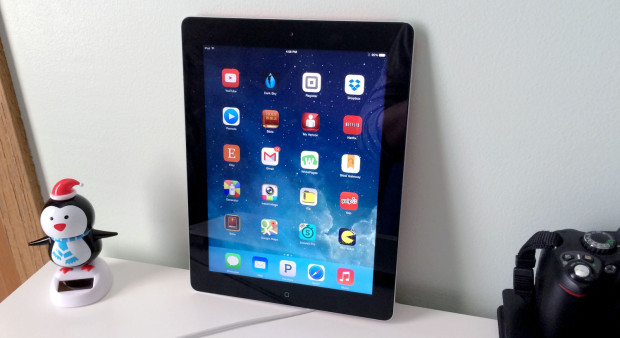 Here is an early iOS 7.1 on iPad 3 review of performance.

The iOS 7.1 iPad 3 update is one that is worth installing for most users. We suggest users that are worried about the performance of the iPad 3 on iOS 7.1 wait for a full review later this week.

So far there are no show-stopping iOS 7.1 issues with the update on the iPad 3, and the small performance gains are enough of a bump that we recommend most users upgrade.