Apple has revealed that 74% of iOS devices are running the new iOS 7 software, according to data that the company pulled from activity in the iTunes App Store as of December 1. While it’s certainly not an exponential increase since iOS 7’s launch on September 18, it’s definitely a decent growth pattern for the new software.

Previously, iOS 7 hit a 33% adoption rate within 24 hours of its launch, and it reached 58% after just a week of being publicly available. According to iOS version tracking sites Mixpanel and Fiksu, that 74% is about right, allow both of these sites are reporting just slightly higher percentages. 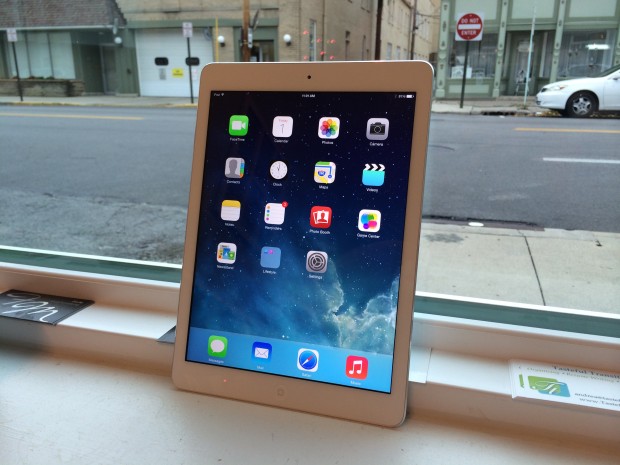 Mixpanel, for instance, says that 78.5% of iOS devices are running iOS 7, with 76.7% reported by Fiksu. These numbers are from today, whereas Apple’s numbers are from December 1, so there have no doubt been iOS users who upgraded to iOS 7 since the beginning of the month (or bought a new phone that pushed the percentage of older iOS versions back even farther).

Compared to Android’s latest version, titled KitKat, iOS 7 blows its adoption rate out of the water. The last time we heard from Google about KitKat adoption rate was that 1.1% of Android devices were running the new update. Of course, Apple has a much smaller line of products that it can get iOS 7 on, so it’s not as hard to get people to upgrade to the latest version, whereas it’s a huge struggle on Android, thanks to manufacturer and carrier limitations.

As for the market share of older iOS versions, iOS 6 is at around 19%, while iOS 5 is about 3%. Granted, not all 100% of iOS devices will be running iOS 7, mostly because there are still older iOS devices roaming around in the wild, and these devices are too slow to run iOS 7, so they’re stuck on iOS 6 or older, depending on the device.