Data shows iPhone and iPad developers are already jumping ship from iOS 6 to create iOS 7 apps and based on a sharp decline in updates users should be ready for an avalanche of new apps and updates on the iOS 7 release date.

iOS 7 is not new to developers, as Apple announced it earlier this summer and immediately let developers go hands on with an iOS 7 beta which lets them test their apps with the new features in iOS 7.

This time around developers aren’t just adopting new features, but are preparing iOS 7 app updates that should match the new look of iOS 7. Over half of developers who responded to an early survey said that they are making iOS 7 only apps once the release date rolls around and a new report takes a deeper look at what App developers have been up to in the past several months. 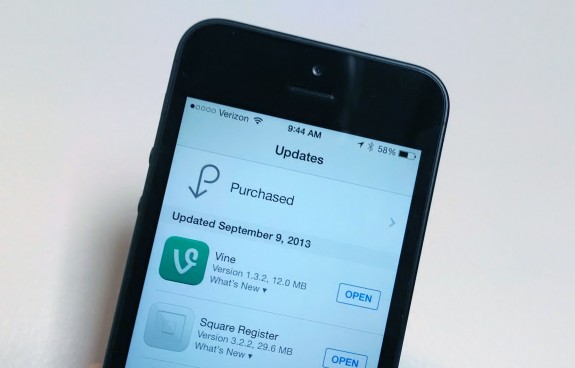 the iOS 7 release date could bring a slew of iOS 7 app updates.

The reason app growth slowed to 1% monthly growth with app submissions dropping below 10,000 isn’t spelled out in the data, but it’s easy to infer that developers are already hard at work on iOS 7 app updates and are saving the best of their work to arrive after Apple shows off iOS 7 today and it arrives for users later this month.

The data delivers a behind the scenes look at how many iOS 7 developers have likely spent the summer months. While consumers are eager for the iOS 7 release date, developers are likely just as excited by the prospect of an iOS 7 GM release later today and the ability to soon push their app updates and new iOS 7 apps live. 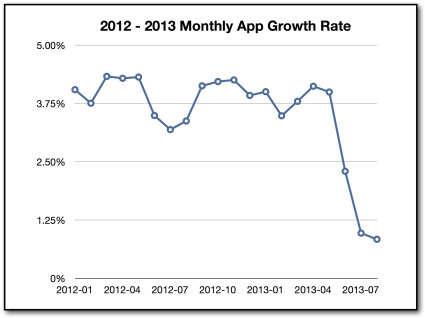 App growth is down as developers wait for the iOS 7 release date.

If developers do focus on iOS 7 app updates and require iOS 7 for the app to work, some iPhone users will be left out in the cold. The iPhone 3GS will not see an update to iOS 7, which means owners of the older iPhone will need to make do with older apps or upgrade to a new iPhone. Sources tell us the iPhone 5S release date is set for September 20th and it won’t be alone. The same sources tell us to expect multiple models, and while they could not confirm the name or price, we expect it is the iPhone 5C which is rumored as a cheaper, colorful iPhone option.