It appears that Apple is pushing ahead with its development of iOS 7 as the iOS 7 beta 3 release date is pegged for July 8th which means that it’s still on a normal schedule as far as iOS beta releases are concerned.

Earlier this month, Apple introduced iOS 7 for the first time to developers and consumers. The software is a big time change from previous versions of iOS, bringing not only new features, but a new look to the table as well. The software will be coming out to iPhone and iPad owners sometime this fall though Apple hasn’t released a specific date. 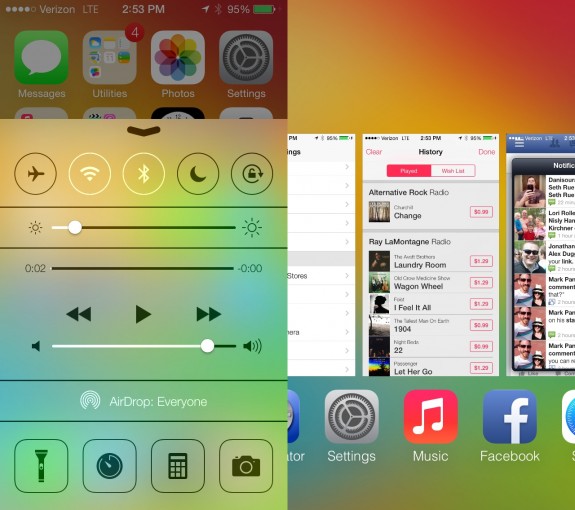 It has released an iOS 7 beta however and the company is currently on its second version, iOS 7 beta 2 which rolled out to iPhone and iPad owners just a short time ago. Typically, Apple takes around two weeks to release its iOS 7 beta software to developers. And it appears that the company remains on track as the next iOS 7 beta, iOS 7 beta 3, is rumored to be coming out on July 8th.

According to BGR, Apple is prepping the iOS 7 beta 3 release to carriers for July 8th, or, two weeks after the release of iOS beta 2. That should mean that the software will be rolling out to developers that day too. It also is likely to hit not only iPhone owners but owners of the iPad as well, despite the fact that the iPad skipped the iOS 7 beta 1.

It’s not clear exactly what will be on board the new iOS 7 beta 3 but we saw several new tidbits discovered within the second beta, including hints at changes to the camera app in the final release, and it could be that developers pick out even more hidden features inside iOS 7 when the third beta arrives.

This date obviously isn’t set in stone but given Apple’s past, it’s hard to deny that the date makes a whole lot of sense. Apple’s iOS 7 beta 3 won’t be the last beta for iOS 7 ahead of its release as Apple still has plenty of time left to work out out the kinks and ensure a stable operating system for iPhone and iPad owners this fall.

The final version of iOS 7 is expected to debut alongside a new iPhone, presumably the iPhone 5S, later this year. The iPhone 5S launch is rumored for September but that unfortunately remains unconfirmed.