The Apple Developer Center is back online, including iOS 7 beta downloads, paving the way for a swift IOS 7 beta 4 release, possibly as soon as next week.

A hack forced Apple to take the iOS and Mac Developer Center offline last week, after an un-authorized user compromised emails and other developer information. This downtime came as Apple is in the middle of preparing for the iOS 7 release this fall with multiple betas aimed at fixing bugs and helping developers prepare for the new features and look of the iPhone and iPad software. 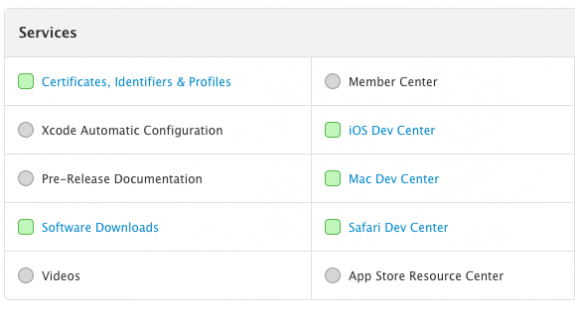 The Apple Developer Center is back online, paving the way for an iOS 7 beta 4 release soon.

In an email sent to iOS developers Apple expressed appreciation for the inconvenience and outlined the progress so far saying,

We appreciate your patience as we work to bring our developer services back online. Certificates, Identifiers & Profiles, software downloads, and other developer services are now available. If you would like to know the availability of a particular system, visit our status page.

This comes as good news after several top iOS developers expressed the opinion that it could be a long wait for the iOS 7 beta 4 release.

As of 7:45 Pacific on Friday Apple brought the Certificates and Profiles and Software Downloads online as well as the iOS, Mac and Safari Dev Centers. All of these were offline for the last week, stalling developer progress for some apps.

With the Certificates Identifiers and Profiles online, developers can now add new devices to their app testing and to the iOS 7 beta. This does not mark a full return of the iOS Developer Center, but it is an important step. 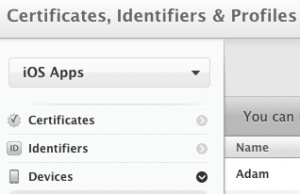 The iOS Developer Center is online.

While there was some concern this downtime could delay the fall iOS 7 release, and possibly impact the iPhone 5S launch, a week of downtime should not provide a major impact to the overall progress as internal testing could likely continue during this time.