iOS 7 Game Controllers Are Crappy Because of Apple's Strict Guidelines

A small crop of iOS 7 gaming controllers have popped up over the last few weeks, allowing iPhone and iPad users the chance to finally use physical buttons to play their favorite iOS games. However, as we’ve experienced over those last few weeks, none of these controllers are actually any good, and according to a report from 9to5Mac, it’s because of Apple’s strict guidelines.

For example, a reason why these controllers are so expensive is that Apple is requiring companies to use pressure-sensitive analog switches in buttons and joysticks, and use a single supplier for them as well. These switches are expensive compared to alternatives that companies could have gone with, but since Apple forces iOS 7 gaming controllers to have them, that drives up the cost.

Furthermore, the first round of iOS 7 gaming controllers were rushed to the market, meaning that companies didn’t have as much time as they would have wanted in order to release them in time for the holiday season. Obviously, this affects quality and we certainly saw that with the first set of controllers that are available now. One Logitech employee even said that its controller was “put together in haste.” 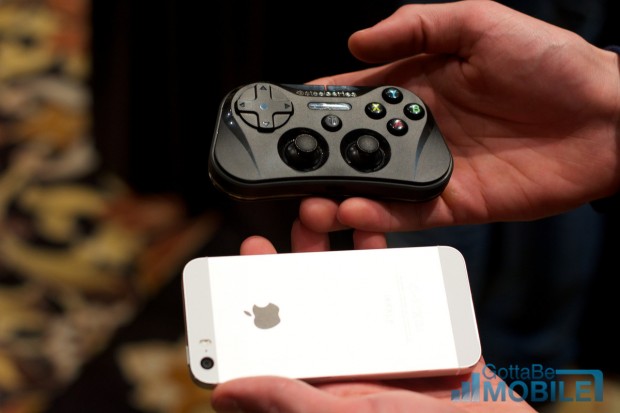 Another issue lies with the developers of iOS games. There are a handful of games that support iOS 7 game controllers, but many developers don’t want to take the time to update their game in order for it to work with a controller, especially since all the controllers are of subpar quality and overpriced.

9to5Mac also reports that Signal (the makers of the recently-unveiled RP One iOS 7 gaming controller) says that it’s just not possible to bring the price down to $60, which is what Xbox One and PS4 controllers are selling for. Plus, the quality of iOS 7 controllers may never match the Xbox One or PS4, simply because companies aren’t putting a lot of time into research and development for their iOS 7 controllers, compared to how much money Microsoft and Sony are spending.

However, Signal says that it “is investing heavily in the design and development of iOS controllers,” and “the quality of the current crop of controllers has absolutely nothing to do with Apple guidelines.” We’ve yet to actually see Signal’s RP One controller in action, but the company is talking like it might be the one iOS 7 controller to get when it eventually launches.

Indeed, we’d love to see better quality in iOS 7 controllers than what’s available right now, even if the price doesn’t go down, making $99 a better pill to swallow when buying an iOS 7 controller. At this point, though, iOS 7 controllers are facing an uphill battle that we hope will turn out to be easier as the months go on.